On Thursday, A Judge Invalidates Desantis Ban on Woke Education, a federal court in Florida struck down a Ron DeSantis-backed bill that forbids some discussions and analyses of race in higher education. In a decision that referred to the law as “positively dystopian,” U.S. District Judge Mark Walker of Tallahassee ordered a temporary injunction against the so-called “Stop Woke” act.

Teaching or business practices that assert that members of one ethnic group are innately racist and should feel responsible for past wrongdoings by others are illegal. Additionally, it rejects the idea that a person’s privilege or oppression is inevitably related to their race or gender or that discrimination is permissible to promote variety.

Walker wrote that the State of Florida’s decision to decide which points of view deserve illumination and which must remain in the shadows has repercussions for all of us. “Our professors are vital to a healthy democracy.”

“Democracy will perish in the dark if our ‘priests of democracy’ are not permitted to cast light on difficult concepts. The decision represents a short-term setback to the powerful Republican governor’s plans to combat what he calls the “woke worldview” of liberals and critical race theory. This perspective views racism in America’s history. This month, DeSantis was easily reelected to a second term following a campaign that gave much attention to cultural problems. 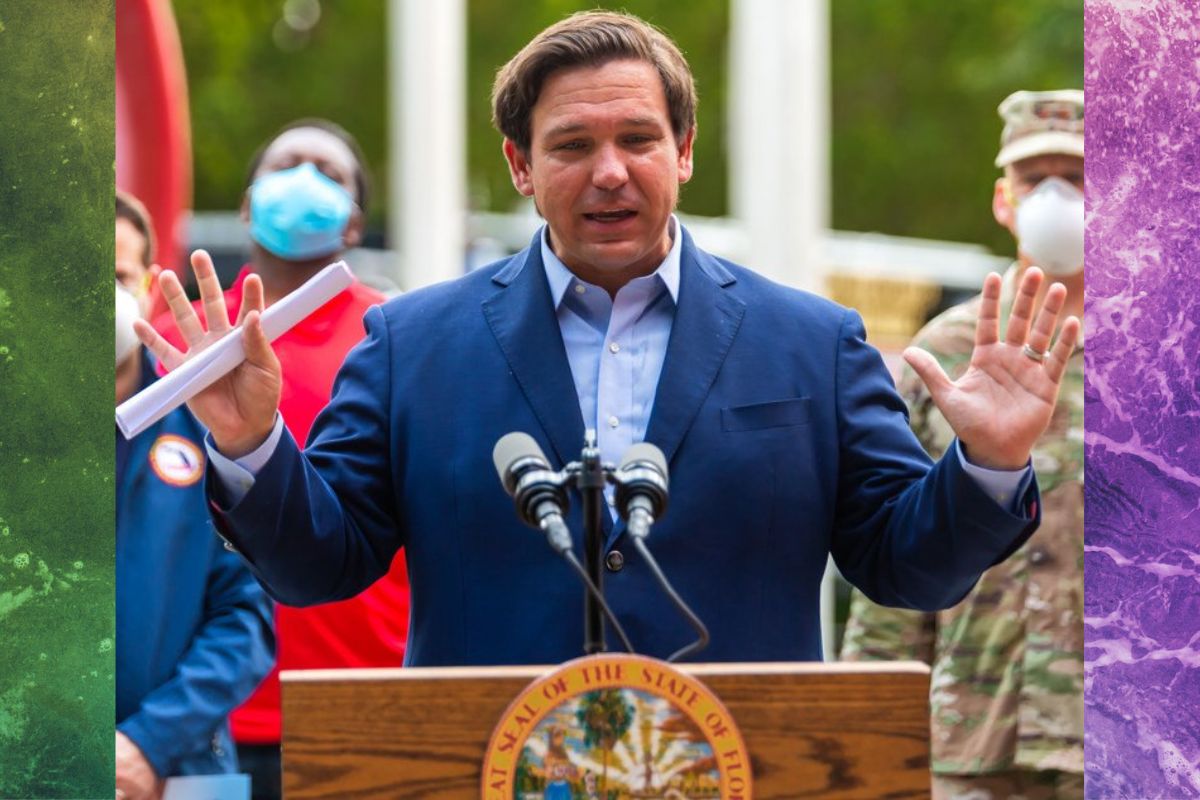 The governor has frequently stated that typically more conservative, Florida appeals courts will likely overturn decisions that block his legislative initiatives. DeSantis indicated they would appeal the decision, according to a spokesman.

According to Bryan Griffin, DeSantis’ press secretary, “The Stop W.O.K.E. Act protects the free exchange of ideas by prohibiting teachers or employers who have authority over others from imposing discriminatory concepts on students as part of classroom instruction or employees as a condition of maintaining employment.”

The powers in command of Florida’s public university system have decided the State has unrestricted ability to silence its teachers in the name of “freedom,” Walker said in his lengthy opinion, quoting from George Orwell‘s dystopian novel “1984.”

"Wokeness" is a made up term meant to encompass anything the right wing disagrees with. Everyone who isn't a conservative is now "woke". It's the laziest political trope going.https://t.co/QO01JTzcwV

Judge Walker made a similar decision about the statute in August, preventing it from taking effect in commercial settings. Another legal challenge to the law is being driven by a group of K–12 educators and a student.

The bill was passed in 2022 during the legislative session under Republican control after the government started pushing for it late last year. “What you see now with the growth of this woke ideology is an attempt to delegitimize our past and our institutions,” DeSantis said when he initially proposed the legislation.

VICTORY: Today, a federal court struck down key provisions of Florida’s “Stop WOKE Act” that restricted how faculty can teach about race, sex, and gender in public universities and colleges, calling it “positively dystopian.” /1https://t.co/35DYyhfGJH

“I consider the weakness as a type of cultural Marxism.” They genuinely aim to rip at our society’s foundation. In response to what academics perceived as a lack of racial progress following the civil rights laws of the 1960s, critical race theory was created in the 1970s and 1980s.