In Lake County, a 20-year-old member of a fire crew has been arrested for allegedly starting two fires in the Yates Township neighborhood.

On Wednesday, April 27, deputies from the Lake County Sheriff’s Office responded to two different fires, according to a news release from the department. 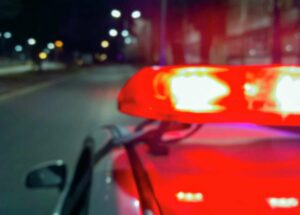 The first fire was spotted on 80th Street by a conservation officer from the Michigan Department of Natural Resources. It was only a few hours later that a second fire broke out on Queens Highway near 80th Street.

A Lake County Volunteer Firefighter is suspected of starting wildfires that have since spread.

The individual is said to have admitted to lighting both fires, and law enforcement officers apprehended and detained the culprit. An outstanding warrant out of Newaygo County was also issued for the subject’s arrest.

After contacting Lake County Sheriff Rich Martin, the Lake County Star learned that no additional information had been made available to them.

The person was taken into custody and is currently being held at the Lake County Jail while the case is being investigated.