According to fire officials at 5 p.m. on Sunday, a crowd crush in Itaewon, Yongsan-gu, central Seoul, resulted in at least 153 fatalities and more than 103 injuries. At 10:22 on Saturday night, the fire brigade started receiving complaints of patients having trouble breathing.

More than 100 of those who passed away were taken to the hospital. The remaining bodies were left behind before being taken to a neighbouring indoor gymnasium for various purposes. Fire officials predict that it will take some time to identify the bodies.

The majority of the deceased were young adults. According to officials, the number of fatalities is anticipated to increase throughout the day.

20 foreigners were among the deceased as of Sunday at 5 p.m., according to officials. Foreign nationals from Iran, Uzbekistan, China, Russia, and Norway were among the fatalities.

56 males and 97 women are currently included in the death toll. 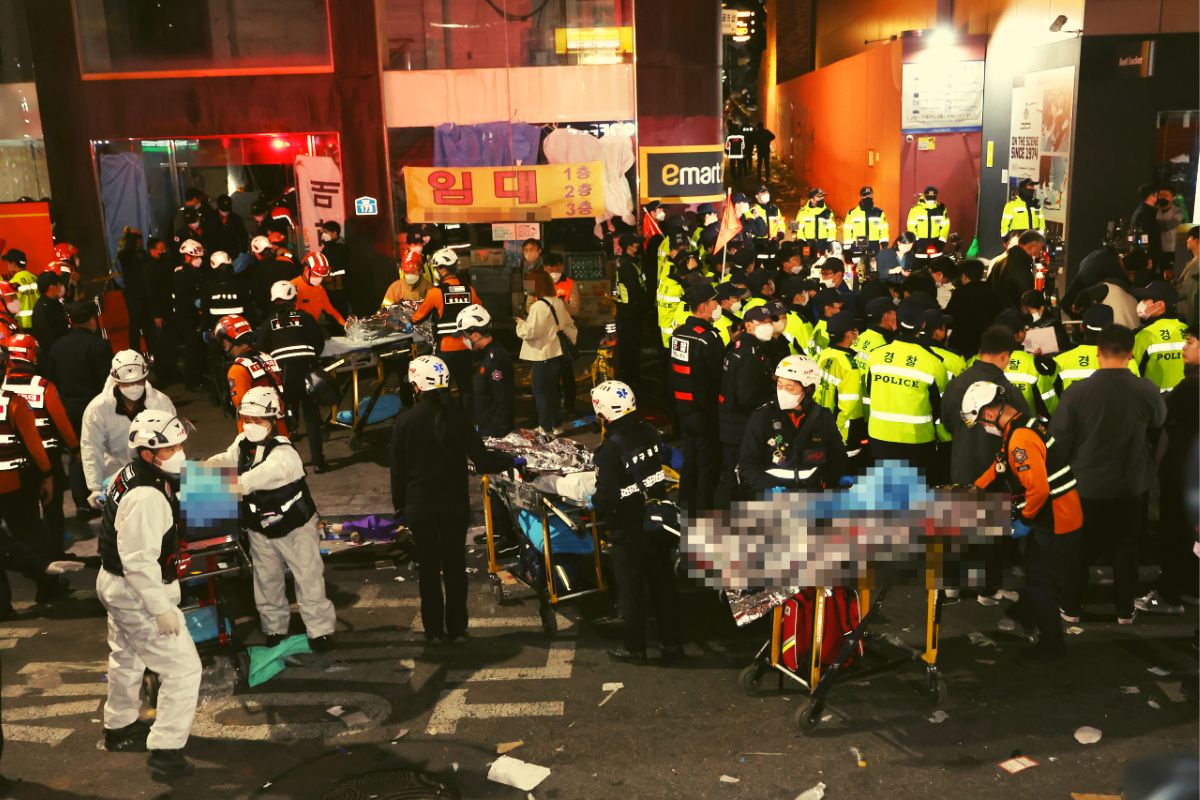 On Saturday at 10:38 p.m., the fire department issued a first-stage reaction; by 11:50 p.m., it was escalated to stage three. 142 ambulances and 848 people were sent to the disaster scene, including 364 firefighters.

Rescuers were performing CPR on scores of people who had fallen unconscious close to the Hamilton Hotel in Itaewon at around 11:30 p.m., according to sources. According to the first reports, about 50 individuals at the site had cardiac arrests.

On Saturday, almost 100,000 people spent the entire day in the entertainment district to commemorate the first Halloween weekend without using masks and other social isolation techniques since the start of the COVID-19 pandemic.

According to Lee Jae-Myung, a deputy presidential office spokesperson, President Yoon Suk-yeol stated following reports of the incident that “all related ministries and agencies, led by the minister of public administration and security, should make every effort to provide aid to the victims promptly.”

The president also demanded safety procedures to handle any issues that might arise during Halloween-related festivities across the nation. According to rumours, Seoul Mayor Oh Se-hoon has also decided to return right away from his business vacation in Europe.