Denver’s first snowfall that could be seen messed up the morning commute on Friday. According to Denver Police, a 100-car pileup on I-25 caused both directions of 6th Avenue to be closed for hours.

Denver Police say it reopened at 11 a.m. on Friday after the wrecked cars were taken away.

Officials from the Denver Fire Department and Denver Health checked on 83 people at the scene. Thirteen of them were taken to the hospital, and one had severe injuries. Denver Police say that their cars were towed to Empower Field at Mile High at the corner of Colfax Avenue and Federal Boulevard.

At 8 a.m., Denver police said on Twitter that the crash involved about 100 cars. The first call to the police came in at 5:40 a.m.

Feliciano Quintal of Denver lost control of his car on the black ice of the overpass. He was one of the first drivers to be involved in the crash. Reyna Quintal, a member of his family who was not in the impact, spoke for him.

Quintal was driving slowly because it was winter, and he was on his way to work at Denver Health when he lost control. He and the other drivers near the front of the crash moved to the side to avoid being hit. Quintal said he heard the cars getting closer together. 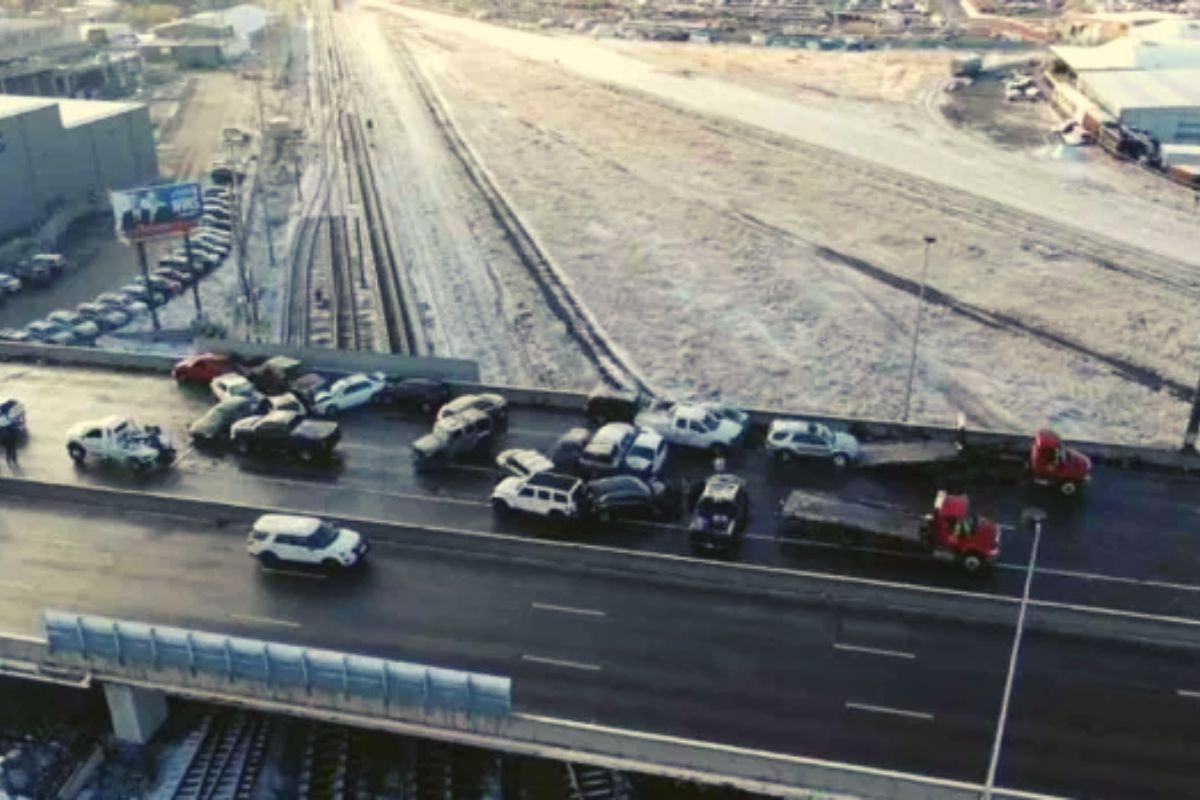 “I could only hear the cars crashing,” Quintal said. “It went on for more than ten minutes, and I could still hear the crashes.”

Quintal thinks his car is a total loss, but he and Reyna are glad it was just the car and not them. Quintal got a cut on his hand and a bruise on his leg, both minor injuries.

Reyna said, “We can get another car.” “If it had been worse, we couldn’t have gotten a new Feliciano.”

The bridges, overpasses (like 6th Avenue), and off- and on-ramps seemed to be the worst places to drive because they probably had more ice.

Early Friday morning, the Colorado Department of Transportation got word of another multi-car accident on U.S. 36. This closed the ramp from I-25 northbound to westbound U.S. 36. The CDOT Tweet says it re-opened at 7:40 p.m.

There were also several problems on the ramps to and from I-70 in the Denver metro area.

A Tweet from Denver police says that the city was on crash alert at 6:45 a.m. That means drivers who get into car accidents should exchange information and report it within 24 hours, as long as no one is hurt, traffic isn’t blocked, and no driver is thought to be drunk.

The Denver police said in a Tweet, “Last night’s storm wasn’t the worst we’ve seen, but it did make roads in the metro area very slippery.”

The National Weather Service said that Friday would be cold, but there would be no more rain.