SALT LAKE CITY, UTAH — A local nonprofit is asking the Utah Legislature to help all of the state’s high schools set up teen centres to help students who are having trouble meeting their basic needs.

Since 2020, the number of students who are homeless has grown by 34%, according to data from the state. Nearly 15,500 students are considered homeless because they don’t have a fixed, regular, and safe place to sleep at night.

Even though some students may not be homeless, they still face other problems or have basic needs that aren’t being met. One in three students is considered economically disadvantaged and eligible for free or reduced lunch.

Emily Bell McCormick, president of the Policy Project, said at a rally at the state Capitol on Wednesday, “Utah is a great state, and it’s our job, all of us, to make it even better.” “Better not just for those in this room but also those who can’t be here. We’re talking about some things that keep people out of this room, especially teens who don’t attend school. Too many of our kids are poor or have problems with their mental health. We want to deal with these problems while our children are still in high school. We can try to stop people from being homeless for a long time and having serious mental health problems.”

The Policy Project wants the Utah Legislature to join a public-private partnership with private donors like the Larry H. and Gail Miller Family Foundation and the Hunstman Foundation to fund teen centres in high schools across the state.

At the rally at the Capitol on Wednesday, the new campaign was announced. More than 100 people were there and signed letters to lawmakers asking them to support it.

McCormick told stories of teens who were poor or homeless to show that the need for teen centres goes beyond numbers.

One student said, “The worst thing about my situation is that I don’t like people knowing I don’t have a place because it’s very shameful.” “That’s terrible. I’m a young man. I might want to talk to some girls at school. How do I tell them I’m staying in a shelter? I don’t tell anyone.”

Another student said, “We walked into an alley near the motel where we were staying.” “We sat by a smelly dumpster because it was completely dark outside. My two little sisters started to say that they were hungry and tired. So I put the two jackets in the bag I used to pack our things. They fell asleep quickly and climbed up between my legs.”

A statement from the Policy Project says that the centres can be made by “repurposing existing, underused space in the high schools and allocating space for these services in high schools that are being built.” 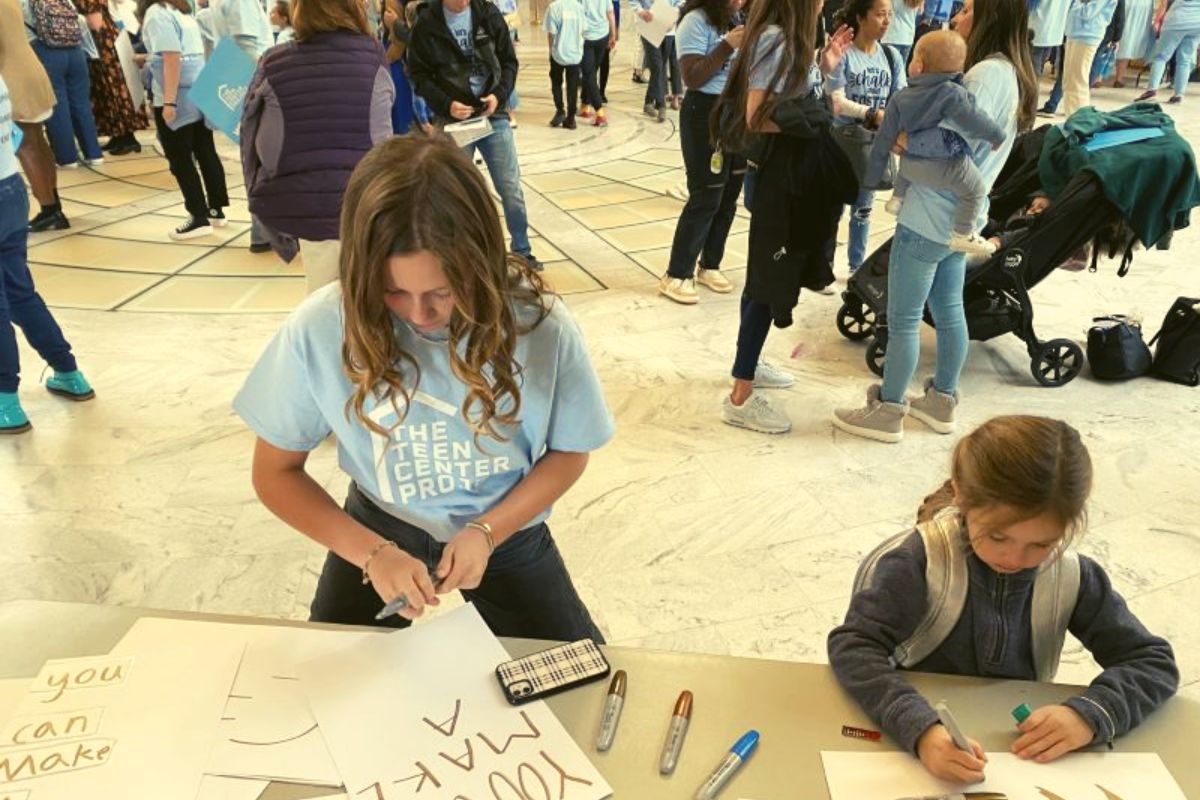 The spaces are meant to be flexible enough to meet the needs of their communities, but they can also offer services like:

Advocates know that many of these services are available outside of schools, but the nonprofit says that it is often hard for teens or children to figure out how to use the services, and they need help getting there.

“These things would help every student, no matter how much money they have, especially those at risk. And more and more K–12 students in Utah are having trouble meeting their basic needs because of things they can’t control, like a significant drop in affordable housing, fast inflation, stagnant wages, job insecurity and mental health problems among the adults who care for them. We’ve all been through these things, “McCormick told them.

“This will be a big job to do. We want to ensure that every high school in Utah that can build a place like this has the money and resources to do so. We want to make sure that everyone in the state, from Duchesne to Cache to Jordan to Moab, gets a fair deal, “Mary Catherine Perry, who runs the Policy Project and is in charge of policy, said this.

“We have a chance and a responsibility to build change where we learn. We need you and the help of our state leaders, and we can do this together with our schools and each other.”

The speaker of the Utah House of Representatives, Brad Wilson, and the president of the Utah Senate, Stuart Adams, who both spoke at the campaign launch, favour it.

Wilson said, “One of the things I asked my colleagues to do every day was to think not only about the decisions we make today but also about what we can do today that will affect the next generation of people who will be the leaders of tomorrow.”

“One of the things we’re asked to do is pay for projects. So, we want to pay for the building of these places for teens. But teen centres aren’t about walls, bricks, or things. Instead, they’re about the people who go there, “Adams added.