A suspected drunk driver with a Mexican passport was caught after swerving through oncoming traffic.

In the early hours of Friday morning, a Fruitland Park police officer observed Mariano Barriga Rocha, 32, of Lady Lake driving a silver Ford pickup on State Road 25 when he was pulled down by the officer for erratic driving. 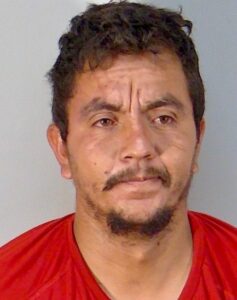 While being pulled over for a traffic violation, Rocha handed the officer his Mexican passport. A translator from the Lady Lake Police Department was summoned, and Lake EMS was dispatched to the site to check Rocha’s blood sugar level, which was found to be within normal limits.

It was discovered that Rocha had been operating a motor vehicle without a valid driver’s license.

While participating in field sobriety exercises in the parking lot of Leisure Living on Eagles Nest Road, Rocha struggled to maintain his composure. Rocha provided breath samples, which were successfully identified. 204 and.198 blood alcohol content, respectively.