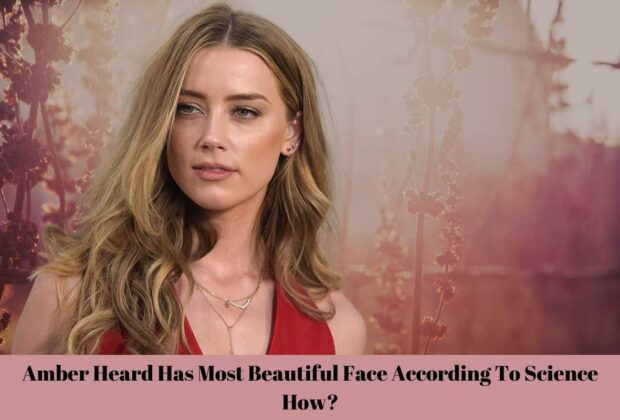 Although the world is divided on Amber Heard’s demeanour, it is reasonable to say that she has the most gorgeous face on the planet. That is if science is to be believed. In the recent past, Heard dominated headlines for her highly publicised defamation case against ex-husband Johnny Depp, and while the judgement was primarily in Depp’s favour, Heard received a lot of undeserved attention.

The actress has a perfect face, according to a specific mapping formula. To design the perfect face, the technique took into account a variety of traits as well as the distance between them. To derive conclusions, features such as eyes, lips, and face shape are measured and analysed.

According to reports, Heard’s face analysis shows how close a face is to the Greek Golden Ratio of Beauty Phi, which is 1.618. Heard’s face was evaluated in a photograph earlier in 2016, and Harley Street’s Dr Julian De Silva discovered that her features were the most similar at 91.85%.

Dr De Silva told a journal that after putting in place a new computer mapping technique and developing algorithms for the main marker spots on a face, he decided to put the system to the test on some of the world’s most beautiful women. He was reported in Us Weekly as saying, “The Greeks realised that the ratio appears everywhere in nature, and for hundreds of years it has been regarded to hold the secret formula of the world’s most beautiful faces.”

“The Phi ratio of 1.618 has long been regarded to hold the key to beauty, but now we can determine how it relates to real women thanks to computer mapping,” he continued. Johansson had the most gorgeous eyes, model-actress Emily Ratajkowski had the most attractive lips, Kim Kardashian had the nicest eyebrows, and singer Selena Gomez was hot on her heels, according to the same algorithm.

He determined that Heard matched the ‘Greek Golden Ratio of Beauty Phi’ with 91.85% accuracy by analysing the perfect proportion of facial characteristics such as the eyes, nose, lips, chin, and a total of 12 essential areas of the face, including those listed above.