When a 30-year-old Leesburg man was arrested for allegedly stealing more than $800 from his employer, he put up a fight.

An arrest was made for three probation violations and grand theft for Christopher M. Decotis, who lives at 11625 Rancho Drive. According to jail records, this is his sixth arrest in Lake County since 2017. 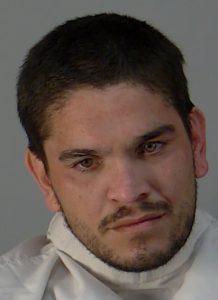 They include criminal mischief, possession of a firearm by a convicted felon, escape, and multiple drug offenses in his criminal record.

Deputies from the Lake County Sheriff’s Office arrived at Decotis’ home on Thursday morning to make an arrest in connection with the theft of $804 from his company, Pot of Gold, 33124 County Road 473.

A roommate told deputies that Decotis was in bed when they arrived at the apartment. Decotis, who had locked himself in the bedroom, was approached by deputies and interrogated them. According to the report, Decotis was captured when he exited the room.

Decotis requested smoke as he was escorted to the patrol car and became enraged when the answer was negative. As soon as Decotis arrived at the truck, he pulled away from the cops and began cursing at them. According to the complaint, he resisted getting inside the car and tense up, forcing himself between the door and the vehicle as he fought deputies.

Before being transported to the Lake County Jail, Decotis was ordered to the ground and restrained with a four-point restraint. After posting a $3,000 bond, Lake County Court expects him on May 24.