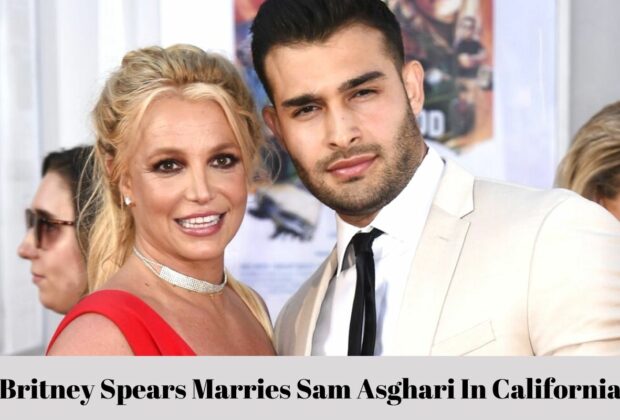 Britney Spears has tied the knot with Sam Asghari, her longtime boyfriend, in a ceremony that took place in Southern California. The wedding took place many months after the pop singer was released from a court conservatorship.

Brandon Cohen, who is Asghari’s representative, has verified that the pair have tied the knot. He said: “I am overjoyed that this day has finally arrived, and that they have tied the knot. I am aware that he has yearned for this for a very long time. He shows an incredible amount of concern and encouragement at every turn.”

The wedding took place seven months after Spears was no longer required to have a conservatory, and it had been nine months since the couple had been engaged. Spears voiced her wish to marry Asghari and start a family while pleading for the legal dispute that had a significant impact on many facets of her life to be resolved.

Spears suffered a miscarriage in March of this year despite the fact that she became pregnant earlier this year. The day of the wedding was not without its share of unanticipated drama; Spears’ first husband was taken into custody after attempting to crash their wedding.

Captain Cameron Henderson of the Ventura County Sheriff’s Department stated that police responded to a trespassing call after 2:00 p.m. on Thursday. According to him, the pop singer’s former husband, Jason Alexander, was taken into custody at the location of the ceremony.

Alexander was reportedly taken into custody after it was discovered that he had a warrant for his arrest in another county, according to Henderson. When Alexander approached the event security, he started a live broadcast on his Instagram account. He told them that Spears had welcomed him into the room, which appeared to be mostly vacant but was still decorated.

In 2004, Alexander, who had known Spears since childhood, tied the knot with her and declared, “She’s my first wife, my only wife.” Spears was his best friend growing up. Their marriage could not even make it through the first night. Spears was formerly married to Kevin Federline, with whom she has two kids, now aged 14 and 15, and with who she shares custody.

Chrisley Knows Best Season 10 Release Date, Cast And Everything We Know So Far!