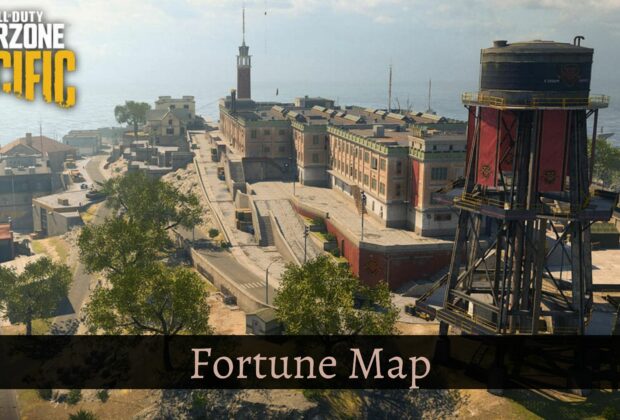 Warzone Devs Tease New Fortune’s Keep Map: After the creators showed a brand-new map named Fortune’s Keep, Warzone Season 4 appears to be shaping up to be a major one for the COD battle royal. The complete map is now viewable, following teasers that revealed parts of the island. The community has embraced Warzone Season 3 Reloaded, but attention is beginning to shift to what lies ahead.

Season 4 is almost approaching, and players are eager to see how Raven Software alters the formula this time. Each new season brings new weaponry and meta tweaks, but new maps don’t come around too often. Since the game moved to Caldera in December 2021, fans haven’t had a new playground to enjoy, but that is about to change.

Fortune’s Keep, the next significant feature in Warzone Season 4, has been revealed, and it appears to be heavily tied to Rebirth Island. The official Call of Duty Twitter account began teasing the new map on June 12 by asking players to identify the remaining letters in order to disclose the name. The name “Fortune’s Keep” was announced shortly after.

The developers also pledged that, with the help of the community, the “Tac Map” would be fully disclosed on June 13th.

Fortune’s Keep Tac Map In Warzone Has Been Released

A section of Fortune Keep’s Tac Map was tweeted online by the Call of Duty Twitter account, revealing that there would be twelve parts to find. The Call of Duty community then patched together these new Warzone regions in an attempt to “complete the map and claim your riches.”

The first look at Fortune’s Keep Tac Map, which features twelve different points of interest. Parts of the map were revealed to Warzone content makers, and the whole Tac Map came together slowly but steadily. It appears to be a little map similar to Rebirth Island right away. It’s unclear whether or not this map is linked to the Rebirth Island that players are familiar with.

Players will have a brand-new landscape to explore in Season 4 with fascinating POIs like Keep, Smuggler’s Cove, and Town, whether they have a connection or not. Rebirth Island is being attacked by a bunch of hackers at an unidentified location, according to the Warzone Season 3 Reloaded blog article. As a result, routine Occupational Scans take place during matches.

“Although no physical threats have been identified,” the Call of Duty blog wrote, “we are informed to think that mercenary forces, now stationed at [[REDACTED]], may be contracted soon to attack our Alliance on Rebirth Island.”

All evidence point to a crew of pirates disrupting Rebirth Island from afar, and players will most likely have to cope with the menace during Warzone Season 4. It’s unclear whether the map will temporarily replace Rebirth with its own rulebook, or if both games will be playable simultaneously.

Check out the first look at the Warzone 2 map at the Modern Warfare 2 announcement for more information on the game’s future.

Who Is Kodak Black Dating Now? Is He Really Engaged With Mellow Rackz?