Officials in Canada say they want to open an inquiry into an Aeroflot aircraft from Miami to Moscow that crossed Canadian territory on Sunday, as an increasing number of nations move to restrict Russian planes from their airspace due to the ongoing invasion in Ukraine.

“We are aware that Aeroflot flight 111 violated the prohibition put in place earlier today on Russian flights using Canadian airspace. We are launching a review of the conduct of Aeroflot and the independent air navigation service provider, NAVCAN, leading up to this violation. We will not hesitate to take appropriate enforcement action and other measures to prevent future violations,” Transport Canada said Sunday on Twitter.
Canada’s Transport Minister, Omar Alghabra, announced earlier Sunday that all Russian aircraft operators will be denied access to the country’s airspace.
“We will hold Russia accountable for its unprovoked attacks against Ukraine,” he said in a tweet.

Transport Canada and Aeroflot have been contacted by CNN for further information.
Aeroflot, Russia’s national airline and largest airline, does not fly to Canada directly. However, some of its flights to the United States have typically flown through Canadian airspace.

The European Union stated on Sunday that any Russian-owned, Russian-registered, or Russian-controlled aircraft will be barred from flying in its territory. 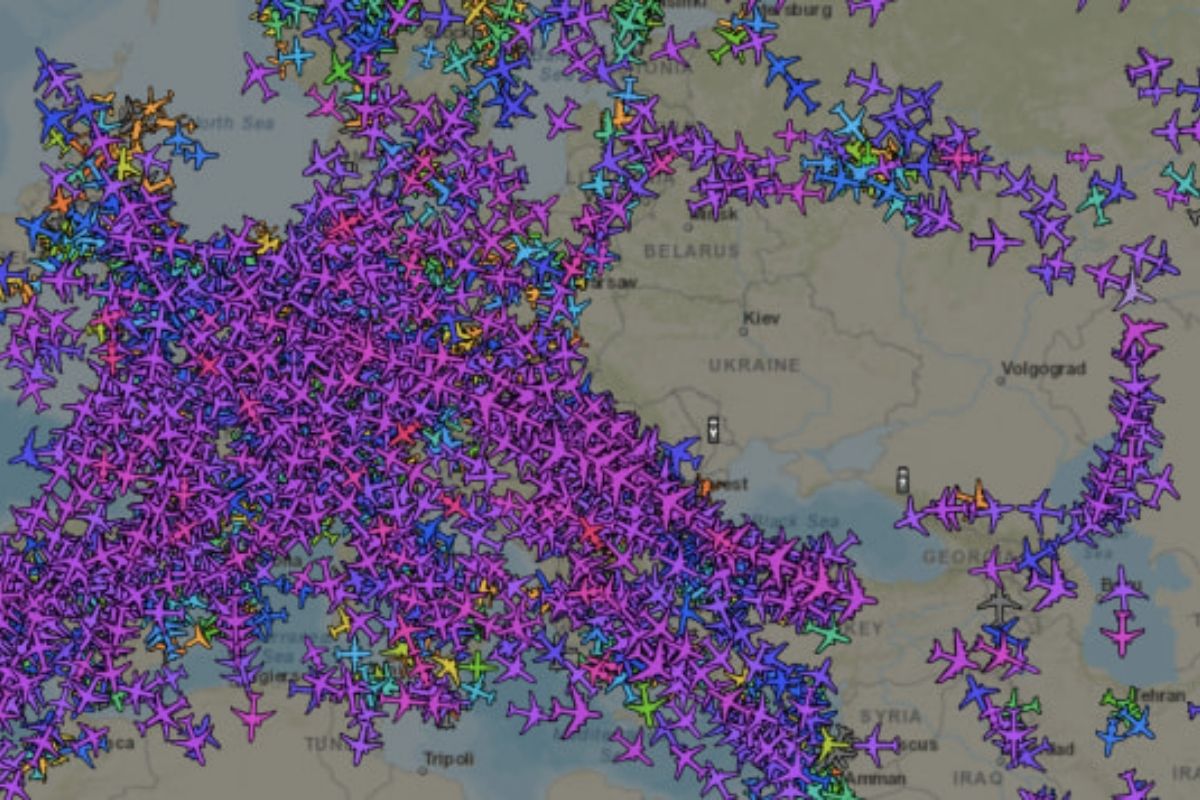 “These aircraft will no more be able to land in, take off or overfly the territory of the EU,” EU President Ursula von der Leyen said in a statement issued February 27.
“This will apply to any plane owned, chartered or otherwise controlled by a Russian legal or natural person. So let me be very clear. Our airspace will be closed to every Russian plane — and that includes the private jets of oligarchs.”

Russian planes have also been barred from entering the United Kingdom’s airspace.

Russia has retaliated by prohibiting planes from a number of nations from entering its airspace.
These restrictions, along with the consequences of Russia’s invasion of Ukraine, have resulted in massive no-fly zones. Long-haul airlines that traditionally go via Eastern Europe to reach Asia are being forced to reroute or cancel flights.

Finnair, for example, stated on Sunday that flights into Russian airspace will be suspended for one week. As a result, some flights are being canceled, while others are being rerouted.

“With this action, we prepare for the possible upcoming regulatory changes,” it said in a statement.
“We will cancel our flights to Seoul, Osaka, Tokyo, and Shanghai in Asia and to Moscow and St. Petersburg in Russia on February 27- March 6, 2022.
“We continue flying from Helsinki to Bangkok, Phuket, Singapore, and Delhi and from Stockholm Arlanda to Bangkok and Phuket. We will avoid using the Russian airspace, which lengthens the travel time approximately one hour.”
Read More:

Despite the fact that the United States has not prohibited Russian flights from its airspace as of Monday morning, Delta Air Lines said on Friday that it is terminating its codeshare arrangement with Aeroflot, effective immediately, in reaction to Ukraine’s invasion.

“We have removed our code from Aeroflot-operated services beyond Moscow’s Sheremetyevo Airport and removed Aeroflot’s code from Delta-operated services from Los Angeles and New York-JFK,” said a statement from the airline. “Accommodations will be made for customers affected by these changes.”