The body of a cruise ship passenger who had gone overboard and fallen into the water off the coast of Central Florida was discovered early Thursday morning, according to the Coast Guard.

The woman, who was 36 years old, was a passenger on the MSC Meraviglia when she fell overboard near Port Canaveral. MSC Cruises is the company that owns and operates the ship.

The body of the woman was found approximately 18 miles off the coast of the port, according to a tweet from the Coast Guard.

After some time had passed, MSC Cruises published a statement on the passenger.

“While the MSC Meraviglia was in route to Port Canaveral on Thursday morning, the ship’s advanced detection systems notified our crew that a passenger had fallen overboard. A prompt search and rescue operation was carried out by the crew, in conjunction with the United States Coast Guard, who provided support for the mission with boats and a helicopter.

“Regrettably, in spite of the speed with which the rescue mission was carried out, the passenger succumbed to their injuries. We are providing the appropriate authorities with our full cooperation as they examine this incident.

According to the statement, “We send our greatest sympathies to the family and all affected and want to express how profoundly sorry we are by this occurrence.”

After some time had passed, the MSC Meraviglia arrived at Port Canaveral.

An investigation is ongoing.

#BREAKING: A 36-year-old woman’s body was recovered from the water approximately 18 miles offshore #PortCanaveral Thursday morning after she went overboard the cruise ship Meraviglia. The cause of the incident is under investigation. 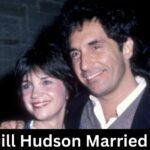