Donald Trump, a former president, declared on Tuesday night that he would run for office a third time from his Mar-a-Lago estate in Florida. Trump announced his campaign for president in 2024 shortly after submitting his declaration of candidacy to the Federal Election Commission.

To applause from his fans, Trump declared, “I am launching my campaign for president of the United States tonight. I want to make America great and glorious again.”

The former president was introduced as the “next president” of the United States when he and former first lady Melania Trump entered the room, foreshadowing his announcement. Trump is the first significant contender to declare a run for president in 2024 openly.

In a frequently more muted speech than many of his different rallies, 76-year-old Trump assured his fans that “two years ago, we were a great nation, and soon, we will be a great nation again.”

Joe Biden’s presidency was a central theme of Trump’s almost hour-long speech, during which he attacked the current administration’s energy strategy, inflation, and gas prices.

He declared, “This is not simply a campaign.” “This is an effort to preserve our nation.”

Trump had hinted in recent weeks that he might run for president a third time, so it was expected that he would announce on Tuesday night. At a rally earlier this month in Iowa, Trump promised the crowd, “I will very, very probably do it again.”

Mr Biden responded, “No, not really,” when asked in Indonesia if he reacted to Trump’s statement.

Republicans are still shocked by voters’ rejection of a number of its major race candidates, many of whom Trump had praised and even personally chosen. Nevertheless, Trump claimed during his announcement that his candidates had a fantastic night in the midterm elections.

Republicans have accused Trump of endorsing a group of radical candidates ultimately defeated by independents and failed to inspire the party’s base voters. After the election, a departing Republican senator from Pennsylvania, Pat Toomey, remarked, “The party needs to move past Donald Trump.” Democratic Lieutenant Governor John Fetterman won Toomey’s seat over Republican challenger Mehmet Oz. 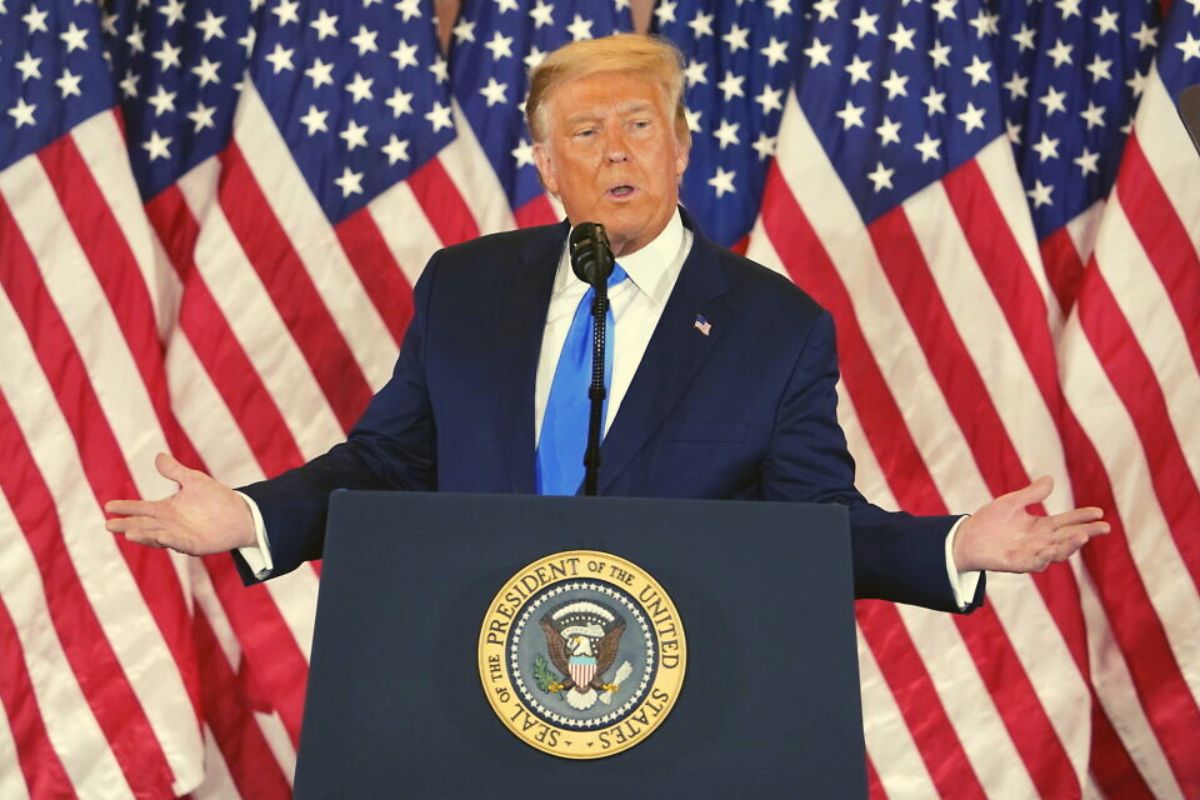 Republican former governor of Massachusetts Charlie Baker added that the GOP’s hopes of a “red wave” were ultimately hurt by Trump’s control over the party.

The former president has considerable influence, and Baker told CNN that she believes the such impact will likely harm the party and its chances on election day.

Mike Pence, Trump’s former vice president, criticised him after the attack on the United States on January 6, 2021. The two fell out over Capitol.

When asked by ABC News if he thought Trump should run for office again, the former vice president responded, “I hope we’ll have better choices in the future.”

Pence is thought to be a 2020 presidential candidate.

According to CBS News, several of Trump’s associates persuaded the former president to hold off until after the Dec. 6 runoff election in Georgia between Democratic Sen. Raphael Warnock and Republican opponent Herschel Walker. However, Trump disregarded their advice. According to a senior aide who spoke with CBS News last week, he believed it would appear weak if he announced an exploratory committee and not his candidacy.

Even one of his closest allies, Republican Sen. Lindsey Graham of South Carolina, said he didn’t think Trump should announce his presidential candidacy on the day it was anticipated.

He told reporters on Tuesday, “I just think we need to get 2022 done before we talk about 2024.” He stated that he believes Trump “has a decent chance of coming back — maybe a strong chance — depending on how the country unfolds in next year,” but added, “I prefer to have Georgia behind us” in reference to the Walker-Warner Senate runoff.

Although several of Trump’s backed candidates lost their campaigns, Florida Gov. Ron DeSantis’ outstanding performance last week and Republicans’ failure to gain control of the Senate have cast some doubt on the former president’s chances in 2024.

He also enters the campaign with ongoing legal matters from his work and personal life.

Additionally, he was required to appear before the House Jan. 6 Select Committee this week to discuss his involvement in the attack on the United States on Jan. 6, 2021. thousands of his followers flooded the Capitol. He filed a lawsuit against the select committee to challenge the panel’s subpoena.

Democrat Rep. Bennie Thompson of Mississippi and Republican Rep. Liz Cheney of Wyoming, who serves as the committee’s vice chairs, wrote to President Trump informing him that the panel has “assembled overwhelming evidence, including from dozens of your former appointees and staff, that you orchestrated and oversaw a multi-part effort to overturn the 2020 presidential election and to obstruct the peaceful transition of power.”