Ozark Season 4 Part 2 and final season, consisting of seven episodes, will premiere on April 29th, 2022. Our updated guide to the final season of one of Netflix’s most popular shows, including what we may expect, the first information about the companion documentary, and more.

When Ozark premiered in July 2017, it quickly became one of the most talked-about shows on Netflix. The performers’ performances have gotten better and better as the seasons have progressed. The result has been one of the most entertaining Netflix shows to date. 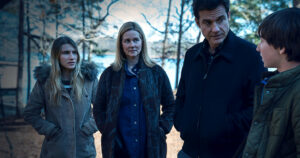 Bill Dubuque and Mark Williams created Ozark. In addition to being an executive producer alongside Dubuque and Williams, Jason Bateman is also the series’ principal actor.

READ ALSO: Choose Or Die: What Will Be The Plotline Of The Movie?

When Ozark season 4 part 2 will be released on Netflix.

The seventh and final season of Grace and Frankie will be released at the same time as this.

A huge spoiler has been revealed in the teaser for the final two episodes.

What was the reason behind Ozark’s last season being divided into two parts? With final seasons or extended seasons like Stranger Things, we’re seeing more and more of this.

Chris Mundy spoke to the New York Post about how season-splitting affects his writing.

Writing this last act is challenging because we have to think of it as a single act while simultaneously acknowledging that viewers will have two distinct watching experiences. This means that the first half of the story must come to a close, while the second half must feel like it’s beginning again. We’ve spent a lot of time trying to figure out how to do both of those things since they don’t seem to go together well on paper.”

Netflix Is Getting an Ozarks Documentary.

Ozark season 4 part 2 will be released at the same time as a new Netflix retrospective of the series. A Farewell to Ozark will be the title of the next film.

Here’s what you can look forward to:

With a focus on the series’ origins and the characters we loved and despised during its run, as well as the riveting performances that captured our attention, the documentary will be available on Netflix, as well as a plethora of memories from the past five years.

To give you an idea of what to expect, Netflix released a short “inside look” at the documentary on April 14th.

What can we expect from the second half of Ozark season 4?

The final seven episodes of Ozark season 4 will be some of the most intense yet.

Ruth is out of control.

Ruth had lost her cool after discovering the bodies of Darlene and her cousin Wyatt. Ruth initially thought that Frank Jr. was responsible for the murders, but she quickly discovered that it was actually Javi who was behind them.

Ruth threatened Marty and Wendy, brandishing her gun, that the only way they could stop her from killing Javi was by also shooting her. There may be unexpected consequences for all parties involved if Ruth can locate and execute Javi, which may undermine the Navarro Cartel-FBI pact.

Who knows if Javi will be warned by Marty and Wendy. For the first time in a long time, will they be free of the Navarro cartel?

The Byrdes were defeated by Mel and Maya?

Over the course of the season, ex-cop Mel has been working for Helen’s separated husband and trying to find her. Meanwhile, the Navarro cartel has Marty’s FBI agent Maya under his thumb.

To protest the decision to keep the Navarro cartel on their payroll for another decade, Maya acted out and made sure her arrest of Omar Navarro made headlines. However, this means that Maya now has a target on her back, which is not a good thing.

Mel was impressed by Maya’s work and was able to get in touch with her, and if the two work together, we could see Byrdes’ demise.

Is there any hope for a Byrdes reunion?

A major source of friction between the two characters has been Wendy’s desire to get Jonah into trouble by interfering with his money laundering for Ruth. Jonah’s next act of defiance was to change Ruth’s name to Javi’s.

When Wendy sought to get their kid arrested to establish a point, Marty was not happy about it, and the two of them have since become estranged. Additionally, there has been some tension between Jonah and Charlotte, who is now firmly on the team of her parents and is more than willing to join the family business.

Wendy’s political aspirations may be in jeopardy.

This power trip Wendy has been on since the second season has transformed her into one of Ozark’s most brutal characters. In spite of the fact that Wendy hasn’t fired a shot herself, she’s still to blame for the deaths of a few people—including her own brother—as well as damaging the lives of countless more.

Ruth’s desire for vengeance against Javi threatens Wendy’s contract with Claire Shaw, who is contributing $150 million to Wendy’s foundation, and she is juggling many spinning plates. There is no guarantee that the Navarro cartel will continue to move merchandise, which provides Shaw Medical Solutions with all of the clean pharmaceuticals it needs for research, with Omar caught and if Javi is assassinated by Ruth.

Wendy’s political aspirations will be shattered if she doesn’t have the $150 million “war fund” she needs to carry out her plans.

What happens to those who are born and those who die?

After seven episodes, we’ll likely see a lot of deaths. As a result of the vehicle accident that occurred at the beginning of the season, it is possible that Charlotte or Jonah will die in part two.

Everyone else in the cast is in jeopardy, and no one is exempt.

When was the final season of Ozark Season 4 Part 2 shot?

Between November 2020 and October 2021, the entire fourth season was shot in chunks over an eleven-month period. It’s reasonable to assume that the final batch of episodes is now being edited and will be finished soon.

How many episodes are there in Ozark part 4?

For those who didn’t know, the final season will include seven additional episodes, bringing the total number of episodes to 14.

Listed below are the writers for each episode:

This final season, Laura Linney will make her directorial debut. The 11th episode will be directed by the actress.

Eric Koretz, who works as the show’s DP (director of photography), shared a clapper board on Instagram to indicate that Jason Bateman will direct the season finale.

Is Julie Garner’s portrayal of Ruth Langmore worthy of a third Emmy?

When you think Julia Garner’s Ruth Langmore performance couldn’t get much better, the actress pulls the rug out from under your feet with yet another stunning performance that is deserving of all the highest honors Hollywood has to offer.

Garner has won two Primetime Emmy Awards for outstanding performance as a supporting actress in a drama. Both prizes were given in recognition of her work in Ozark’s second and third seasons. Who wouldn’t want Julia Garner to win a third Oscar if they’d watched all of part 1 of the series?