Skip to content
Netflix’s show Hellbound season 2 will be released in the year 2023, with “Train to Busan” and “Peninsula” director Yeon Sang-Ho returning for the project. In Season 1 of “Hellbound,” based on the popular webtoon of the same name, humans confronted a terrifying supernatural phenomenon: emissaries from hell who landed on Earth without warning and condemned people to hell. Yoo Ah In, Kim Hyun Joo, Park Jung Min, Won Jin Ah, Yang Ik Joon, and others appeared in the first season of the drama.

Hellbound, Netflix’s critically acclaimed Korean drama series, has been renewed for a second season. Korean dramas on Netflix have become increasingly popular in recent years, and not just in South Korea. Hwang Dong-Squid hyuk’s Game, about a group of individuals who meet to play in a series of dangerous children’s games for a massive cash reward, was the film that kicked off this trend.
That show immediately became the most-watched show on the platform, with a total of 1.65 billion hours viewed, thanks to word of mouth from fans all over the globe and its influence on Halloween costumes the following year.
Even though no other Korean show has reached that dizzying height, others from the region like the spinoff Money Heist: Korea – Joint Economic Area and the high school zombie series All of Us Are Dead have performed well in the wake of Squid Game, with the latter series landing on the Netflix chart as their ninth most-watched season of television. 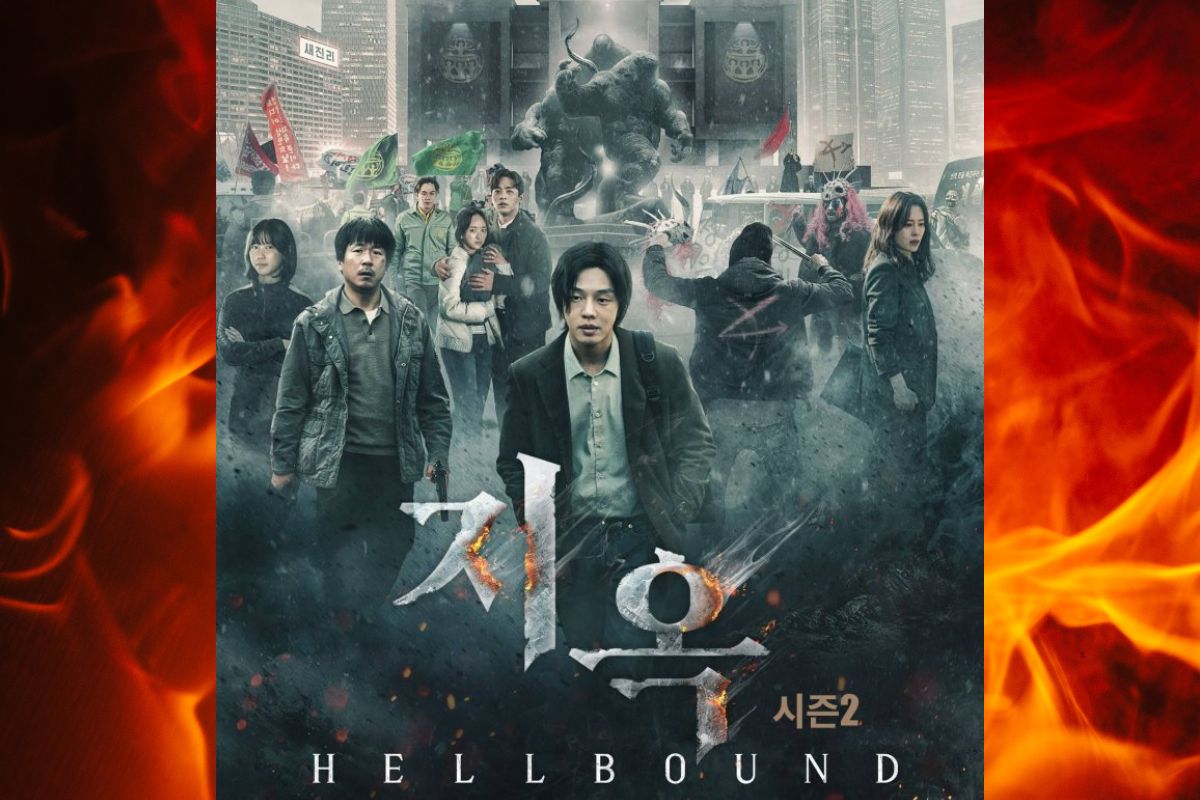 Hellbound, a Korean series that premiered on November 19, 2021, barely two months after Squid Game, also did well. The series is set shortly and chronicles the events that unfold after a mysterious someone identifying themselves as an angel suddenly appears and declares the exact times that certain individuals will be damned to Hell.
The show generally follows the numerous factions that grow up in Korea to exploit the anxieties of the populace, although the first and second sets of three episodes each focus on different characters in different circumstances. Check out the teaser below:

Hellbound Season 2: What To Expect From This Series

While visually impressive, the trailer doesn’t provide any concrete details regarding season 2 of Hellbound. Season 1 jumped forward in time by a significant amount, thus it’s very likely that the new season will begin at a later point in time and introduce a new cast of characters. While the show’s live-action status was in question after Hellbound creator Yeon Sang-ho hinted that the show could carry on as a webtoon, that now appears to be settled.

Although there are so many unexpected turns in Hellbound that it’s impossible to guess what will happen in the next episode, this preview seems to hint at something more. Possibly, some lost souls will start making their way back from the afterlife. If this is the case, then these people may become the forerunners of a new era in Korean society as they share insights that will affect the country for all time.

An 11-minute animated short by Yeon Sang-ho named The Hell was the inspiration for the 2003 34-minute short titled The Hell: Two Kinds of Life. The idea was then adapted into a webtoon series between 2009 and 2011 under the title Hellbound. A Netflix original series based on the webcomic will be produced after the streaming service gave the green light in April 2020.
Yeon has agreed to take on the role of showrunner. Later in July, it was announced that Yoo Ah-in, Park Jeong-min, Kim Hyun-Joo, Won Jin-ah, Yang Ik-jun, Kim Shin-rok, Ryu Kyung-soo, and Lee Re would all be appearing in the series in varying capacities. The series was shot at Cube Indoor Studio between August 2020 and January 2021.
Outdoor scenes were shot in the ancient Chungnam Provincial Government Buildings in Sunhwa-dong, Jung-gu, and the Hannam University Missionary Village in Daedeok-gu. Hellbound’s director and actors debuted the show at a Netflix content roadshow on February 25th, 2021.