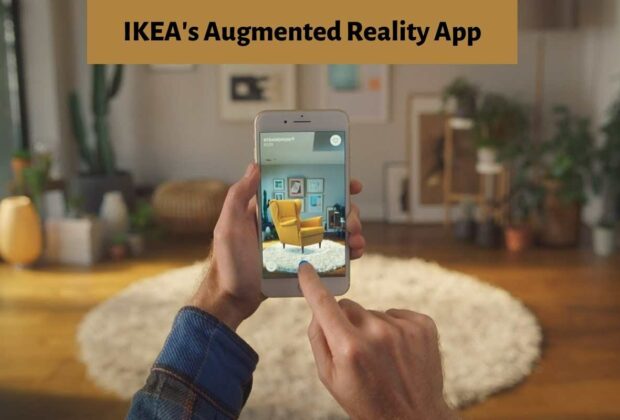 IKEA is a multinational business based in the Netherlands, founded in Sweden, that produces and distributes ready-to-assemble furniture, kitchen appliances, and home furnishings, among other things and services. IKEA, the world’s largest furniture retailer since 2008, was founded in 1943 by a 17-year-old Ingvar Kamprad in Sweden.

An acronym made up of the founder’s initials, the names of his birthplace and the adjacent village of Agunnaryd (in Samland, southern Sweden) serves as the group’s brand name. Most people identify this firm with eco-friendly simplicity in interior design, but they are best recognized for their modernist designs for a wide range of appliances and furnishings. IKEA has been able to cut its pricing by an average of two to three percent by paying close attention to operational details, cost control, and product development.

A new Ikea augmented reality software has been unveiled, expanding on the Ikea Place app that was first released in 2017. The most recent version enables you to virtually remove your current furniture.

In the summer of 2017, Apple informed us that Ikea would be one of its launch partners for the augmented reality (AR) features included in iOS 11. Soon after, Ikea Place was formally introduced, enabling you to view augmented reality replicas of Ikea furniture in your house using the LIDAR scanner in your iPhone. The Place app had a significant update in 2019 that added the ability to view multiple augmented reality products simultaneously and to envision a whole space.

According to Engadget, Ikea has advanced and now allows you to digitally remove your current furniture in order to start with a blank area, which you can then begin furnishing with Ikea items. IKEA already offers augmented reality (AR) furniture previews in your home, but its most recent AI-powered iOS app promises a significant improvement.

IKEA Kreativ is a tool that uses LiDAR to scan your rooms and create an exact 3D duplicate of them. It then allows you to remove any existing furniture. In order to have a better idea of how new IKEA couches, tables, etc. would look in your home, you can try them out there.

IKEA’s Kreativ Scene Scanner, which uses LiDAR if it’s available on your iPhone, is used to conduct the scanning. Although having LiDAR enables the app to “pull in additional spatial detail,” according to IKEA, it also functions on iPhones and iPads without it. You only need to enter a sequence of pictures of a room to use it on the web or a mobile device without LiDAR.

IKEA said that these are afterward “automatically processed and integrated into a wide-angle, interactive copy of the area, with correct measurements and perspective.” From there, you may move any existing furniture and put new IKEA pieces in its place, quickly test out different options, and completely design the space. We can all share or save any of our thoughts for later.

The software, of course, also allows you to add desired items to your shopping cart. IKEA has also introduced 50 new 3D showrooms if you need more ideas. These enable virtual IKEA catalog browsing and 3D product testing, allowing users to “easily swap, move, rotate, stack, and hang IKEA objects,” according to the business.

Thanks to a new RoomPlan API in iOS 16, we might see more of these cutting-edge AR services from Ikea and other businesses. With the new RoomPlan API from Apple, customers can quickly create 3D floor plans by combining LiDAR with the cameras on their iPhones and iPads. Apple claims that since the API is exact and simple to use, it might be helpful for apps that are related to interior design, architecture, and real estate.

“Use RoomPlan to create a floor plan of space directly in your apps, such as real estate, e-commerce, or hotel apps, to help customers make more educated decisions. To speed up conceptual exploration and planning, these scans can also serve as the initial phase in processes for architectural and interior design.

ChromeOS 103 Makes It Easier To Connect To Android Phones