In the wake of a crash that killed a Stonecrest couple while they were shopping for groceries at a Winn-Dixie supermarket in The Villages, an 89-year-old Canadian snowbird is challenging a pair of fines given to him by police.

On the afternoon of April 9, Wilfred Maybee was behind the wheel of a 2017 Lexus RX 350 that struck and killed 83-year-old Edward Mann and 84-year-old Marilyn Mann as they crossed Bichara Boulevard in front of the Winn-Dixie supermarket in Springs Springs. 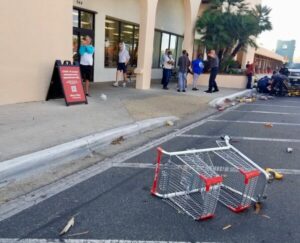 At Ocala Regional Medical Center, she passed away the following night. Her husband passed away in the hospital two days later.

At the time, the Lady Lake Police Department reported that Maybee’s SUV “took a left turn and sped swiftly for an unknown purpose,” according to the department.

Maybee is a resident of Collingwood, Ontario, according to the tickets she received. His other residence is in the Rio Grande Villas, which he purchased in 2010, according to a document with the Sumter County Property Appraiser’s Office. He also owns a business in the area.

He has entered a not guilty plea to both of the citations. Joshua Lida, an attorney based in Fort Lauderdale, is representing him in this matter. The 16th of June has been set aside for a plea bargaining meeting in Lake County Court.