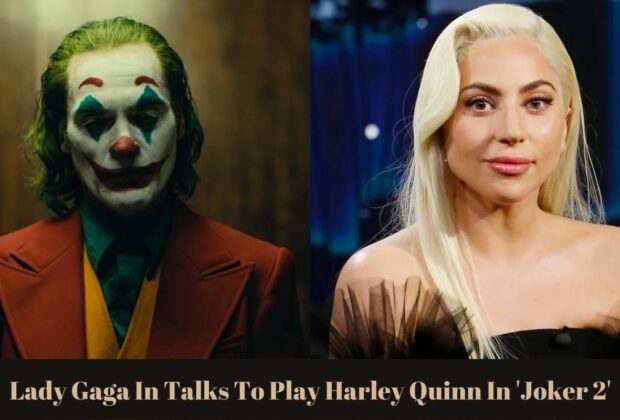 Lady Gaga is in early talks to join “Joker: Folie à Deux,” a musical sequel to director Todd Phillips’ 2019 blockbuster, as Joker’s partner-in-crime, Harley Quinn. After Phillips posted the screenplay cover to Instagram on June 7, rumors that Harley Quinn will star in the film began to circulate. The subtitle, Folie à Deux, refers to a shared delusional disease, and Quinn, a character first introduced for “Batman: The Animated Series” in the early 1990s, has been Joker’s only actual partner – aside from Batman.

Making “Joker 2” a musical is another brave move by Phillips, who reframed the Dark Knight’s number one villain as a loner anti-hero and hit gold at the movie office (with $1 billion in worldwide grosses) and the Oscars (with 12 nominations and two wins) when he did so. Joaquin Phoenix won the best actor for his portrayal of the Joker, aka Arthur Fleck; he’s poised to reprise his role, though his contract hasn’t been finalized yet.

All other information about “Folie à Deux” has been kept under wraps, so it’s unclear whether Gaga will also contribute music to the project, although it’s a fair guess that she will. Phillips collaborated with Gaga as one of the producers on the 2018 film “A Star Is Born,” which earned Gaga an Oscar nomination for best actress and an Oscar victory for original song. Bradley Cooper, the star and director of that film, was also a producer on “Joker,” but it’s unknown how much of a role he’ll have in “Folie à Deux.”

Lady Gaga is in early talks to play Harley Quinn opposite Joaquin Phoenix in ‘Joker 2’ which will be a musical.

Despite his desire for the original picture to be an open-and-shut plot, Phillips revealed in a 2019 interview that he was open to a Joker sequel. “Of course, it comes up when a movie makes $1 billion and costs $60 million to make,” Phillips added.

“But Joaquin and I haven’t made up our minds yet. We’re available. To be honest, I’d love to collaborate with him on anything. So, who can say? But, like this one, it would have to have a strong thematic resonance, with the central theme being childhood trauma, a lack of affection, and a loss of empathy.”

Despite the fact that Phoenix, who played Arthur Fleck/Joker in the film, is currently reviewing the sequel’s script, he has previously stated reservations about a Joker sequel. “With this individual, there are some things we could do and [explore] further,” he remarked. “But what about whether we’ll actually do it? I’m not sure.”

For Warner Bros., Harley Quinn has proven to be a long-lasting character. Margot Robbie has performed the part three times, in 2016’s “Suicide Squad,” 2020’s “Birds of Prey,” and 2021’s “The Suicide Squad,” and Kaley Cuoco voices the character on HBO’s “Harley Quinn,” which will air Season 3 later this year.

Phillips’ “Joker” films, on the other hand, live in their own fictional universe from the rest of DC’s offerings, much as how Robert Pattinson’s “The Batman” can coexist with Michael Keaton’s version of the character, who will appear in 2023’s “The Flash.”

Who Is Ariana Debose Dating Now, Why Debose And Makkoo Got Breakup?