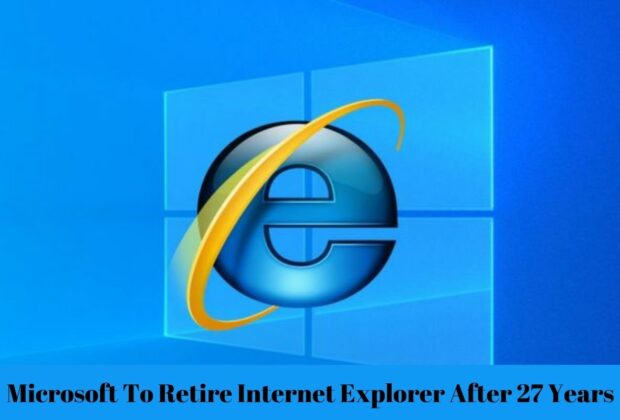 However, the following versions of the browser were accessible as a free download or as part of service packs and were included in OEM service releases for Windows 95 and later versions of Windows. In 2016, Microsoft stopped developing new features for the browser in favor of its new browser, Microsoft Edge.

Internet Explorer will continue to receive security upgrades until at least 2029 because it is a Windows component that is included in long-term lifecycle versions of Windows, such as Windows Server 2019. Internet Explorer was once the most popular web browser, with a usage share of around 95 percent by 2003.

Spyglass Mosaic served as the foundation for the first Internet Explorer. NCSA was the source of the original Mosaic, but being a government agency, Spyglass served as NCSA’s commercial licensing partner. Spyglass then sent Microsoft two versions of the Mosaic browser, one of which was conceptually based on the NCSA browser but was otherwise designed from scratch. Spyglass, not NCSA source code, was initially used to create Internet Explorer.

This version included support for basic table rendering, a crucial early web standard. In November 1995, version 2.0—which included SSL, cookies, VRML, and Internet newsgroups—was made available for Windows 95 and Windows NT. In April 1996, version 2.0 for Windows 3.1 and the Macintosh were also made available.

Early in 1996, Version 2 was also a part of Microsoft’s Internet Starter Kit for Windows 95, which sold for $19.99 USD and featured, among other things, a how-to book and 30 days of MSN Internet access.
Microsoft Internet Explorer 3.0 introduces a lot of new capabilities that are beneficial for HTML authors and shows our firm commitment to W3C HTML standards.

In August 1996, Internet Explorer 3.0 became available without charge as part of the OEM version of Windows 95. As a result, Microsoft received no direct profits from IE and was only required to pay Spyglass the bare minimum quarterly cost. Microsoft settled for US$8 million after Spyglass threatened it with a contractual audit in 1997.

The Windows Address Book and Internet Mail and News 1.0 were both included in version 3. Along with supporting Netscape’s plugin technology (NPAPI), ActiveX, frames, and a modified version of JavaScript called JScript, it also moved the browser considerably closer to the standard that Netscape had defined.

Helper apps were no longer as necessary as they once were because Microsoft NetMeeting and Windows Media Player were later integrated into the package. Version 3 of Internet Explorer also saw the debut of Cascading Style Sheets (CSS).

Who Is Lady Gaga Dating Now, Is She Breakup With Michael Polansky?

Toby Keith Net Worth: Who Is The Richest Country Singer Of All Time?