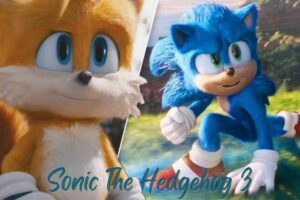 Sonic the Hedgehog was released in February 2020 to mainly positive reviews before becoming the highest-grossing video game film adaptation of all time in North America. Both of these successful components led to a sequel being produced, Sonic the Hedgehog 2, which was released in April 2022. When Sonic and Tails meet up for the sequel, which just came out, they have to stop Dr. Robotnik and Knuckles.

Is Sonic The Hedgehog 3 Happening?

Sonic The Hedgehog 3 Story: What Sonic 2’S Ending Sets Up?

Sonic The Hedgehog 3 Cast: Which Characters Will Return?

As with the previous two installments, Ben Schwartz will reprise his role as Sonic the Hedgehog. Colleen O’Shaughnessey will play Miles “Tails” Prower, while Idris Elba will play Knuckles the Echidna, completing the classic trio. Human characters like Tom and Maddie Wachowski, Sonic’s parents, are slated to be back, as are James Marsden and Tika Sumpter. While Jim Carrey played Dr. Robotnik in the first two Sonic movies, it’s unknown if he’ll be back for the third after recently announcing his retirement from acting. A lot of people think Adam Pally and Natasha Rothwell will be back as Wade Whipple and Maddie’s sister Rachel in the next season of “Green Hills.” In the meantime, it’s not clear whether or not Lee Majdoub’s Agent Stone will be back because he was Robotnik’s helper in the first place.