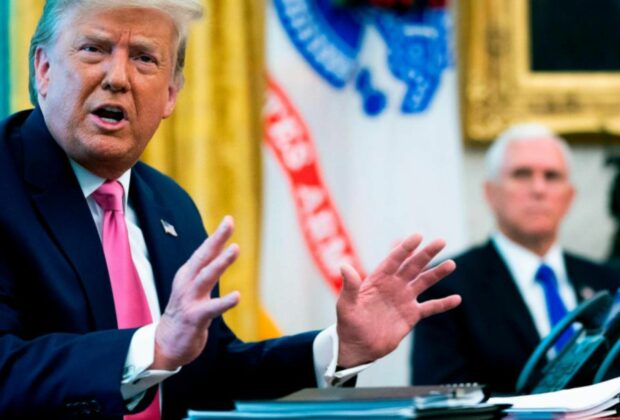 Bombshell Pence Memo Laid Bare: Former US Attorney Joyce Vance responded to a bombshell report that Mike Pence received a three-page memo from his legal counsel that clearly “lay out” an opinion that Donald Trump’s demand that the former vice president overturns the 2020 election results would be illegal, saying it could be added to the growing pile of evidence against the former president.

Pence’s attorney, Greg Jacob, wrote in the memo that “if Pence were to embrace Trump’s demand that he single-handedly block or delay the counting of electoral votes on Jan. 6, he would be breaking multiple provisions of the Electoral Count Act, the law that has governed the transfer of power since 1887,” according to Politico.

Mike Pence’s right-hand man had a private conversation with the Secret Service about a possible security threat — created by then-president Donald Trump. https://t.co/zYYv9ncUsM

“With no neutral arbitrator available to break the impasse,” Jacob writes, “the Vice President would certainly find himself in an isolated standoff against both chambers of Congress.”

Former prosecutor Vance, speaking on MSNBC’s “The Katie Phang Show,” called the letter “damning” for Donald Trump’s defense in the Jan. 6th hearings, especially because Jacob is set to testify on national television this week.

“So, the memo is a three-page letter, written in plain English, and it’s a terrific read for everyone who’s following along,” Vance told MSNBC anchor Chris Matthews. “Because it reveals that the theory advocated by [Trump attorney] John Eastman and likely President Trump is outside the bounds of the law.” It’s certainly against the law.”

“It is in violation of the Electoral Counts Act and these ministerial functions, such as the sequence in which votes from the states must be considered,” she explained. “According to the Electoral Count Act, you must go in alphabetical order.

And Eastman has devised a mechanism that, in essence, allows Pence to return the votes of 5 to 7 states to the red-controlled state legislatures, who will say, “Oh no, we didn’t intend to vote for Joe Biden.” “We voted for Donald Trump in our state.”

“Jacob does a superb job of guiding you through the illegality and explains why it has recently been refuted by a judgement made by the D.C. Court of Appeals very plainly indicating that this proposition is illegal,” she concluded.

“We don’t know whether or not the former president saw this document,” she added. “However, as the evidence mounts, it becomes evident that Trump either knew or should have known that what he was proposing was illegal, and that the great deception was exactly that.”

Justin Bieber Net Worth 2022: How Long Did Justin And Selena Date?