We are talking about Police issue a Public Warning as They Look for the Man Who Killed Four University Students. Following days of saying there was no immediate danger to the public, investigators into the brutal stabbing deaths of four Idaho university students are now cautioning there may be a threat to the community.

Moscow Police Department Chief James Fry told reporters during a Wednesday press conference that while they believe the attack to have been isolated, they do not have a suspect identified and whoever that person may be was still out there.

The warning was issued despite the Moscow Police Department repeatedly informing the public that the targeted attack did not pose an immediate threat to the general population, most recently in a news release on Tuesday.

When questioned about the shift in position, Fry said there may be a threat to the public because “the reality is there is still someone out there who perpetrated four horrific, horrible crimes.”

The University of Idaho has identified the victims as Ethan Chapin, a 20-year-old freshman from Mount Vernon, Wash.; Xana Kernodle, a 20-year-old junior from Post Falls, Idaho; Madison Mogen, a 21-year-old senior from Coeur.

The four were reportedly killed early Sunday at a King Road apartment away from the university. After responding to a 911 call about “an unconscious individual” at home, police discovered the deaths that afternoon. Even though no weapon has been found, authorities stated on Tuesday that they think the victims were killed with a knife.

Fry stated on Wednesday that two other occupants were at the house when the murders occurred. “There were other persons home at that time,” he added. But we’re not just paying attention to them; we’re also paying attention to anyone else who might be entering or leaving that house.

Fry denied that these people were hurt or held as hostages during the crime when questioned if they were. He also made it clear right away that they might not have been eyewitnesses to the incident. 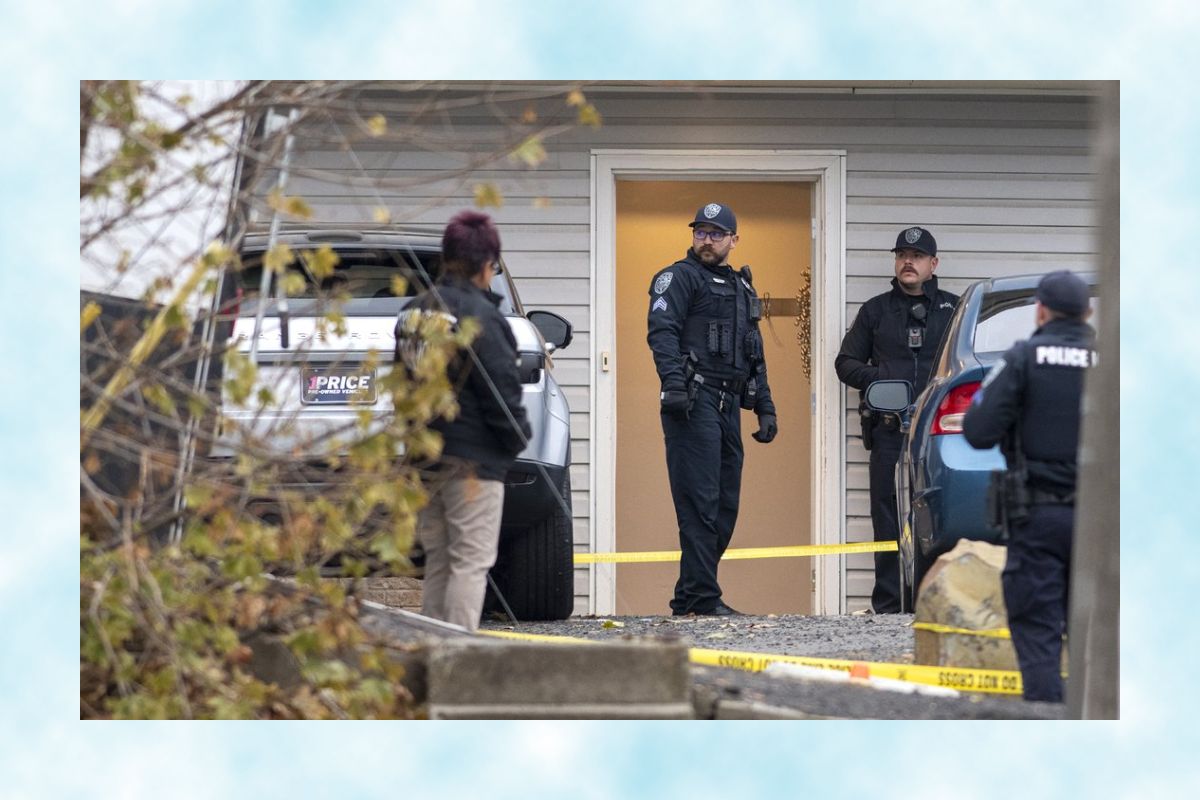 When asked if they were the ones who called the police the following day, Fry claimed he wasn’t willing to say since it may jeopardise their investigation.

We have no idea why the call arrived around midday rather than in the wee hours. “Yes, we would have wanted for it to have occurred, but that’s not how it transpired,”

Mogen and Goncalves were at a pub, while Chapin and Kernodle were at a party. All four of them arrived at their home at around 1:45 a.m., he claimed. Sunday, just before they were killed.

He added that more than 25 investigators are working on the case with cooperation from the Federal Bureau of Investigation and state police. There was no indication of forced entry and nothing appeared to have been stolen from the property.

According to him, autopsies were conducted on Wednesday to gather information and ascertain whether all four victims were slain using the same weapon.

The suspect’s identity, position, the location of the knife used, and any clothing the suspect may have been wearing at the time of the murders is unknown, he continued.

He stated, “We are evaluating the footage that has been gathered, but we are asking the public to get in touch with us with any information you may have that can help in this inquiry.”

President of the University of Idaho Scott Green, who was visibly distraught, referred to the four dead students as “bright lights of the community.”

He declared that the violence and the loss of these young lives were “just beyond comprehension.” “While there is little doubt that our small town is susceptible to these occurrences, our campus’s close-knit community is not accustomed to dealing with them.”