According to the Los Angeles Fire Department, a multi-vehicle collision that occurred in Porter Ranch resulted in at least eight people getting injuries and the loss of two teenagers’ life.

Authorities said today that a boy aged 16 and a girl aged 14 were killed in a collision involving three vehicles that took place in the Porter Ranch neighbourhood of Los Angeles. The accident also resulted in the injuries of eight other individuals.

According to the Los Angeles Fire Department, at least three automobiles were involved in the incident that resulted in the injuries sustained by a total of ten people, seven adults and three children.

The website of the Los Angeles County coroner’s office revealed that the deceased child’s name was Magnus Robinson.

According to a watch commander from the Valley Traffic Division of the Los Angeles Police Department, the girl, who was just 14 years old at the time, was rushed by paramedics to the Dignity Health-Northridge Hospital Medical Center, where she passed away later. 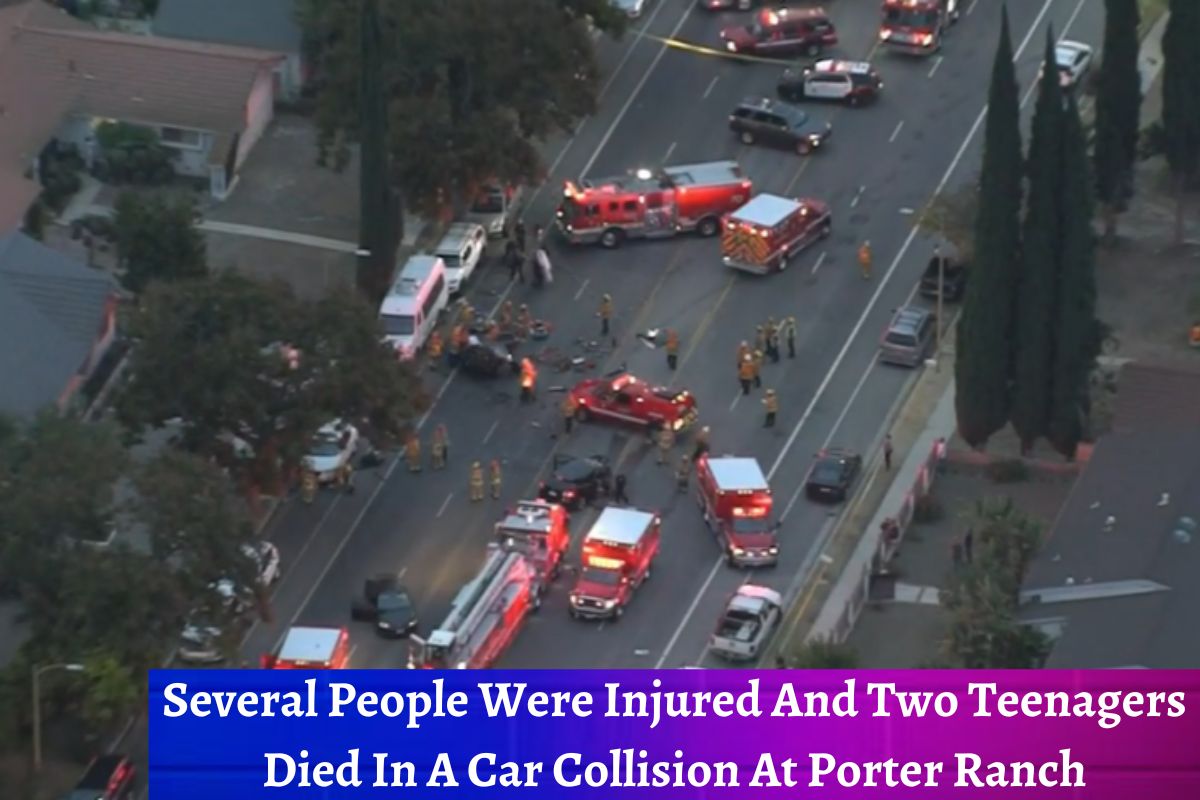 According to the Reports, the collision took place somewhere about 5:52 p.m. close to 11001 N. Reseda Blvd.

Blake Frady, a witness, described the scene as follows: “I was just inside when I heard the tremendous bang and I could feel it up in the attic. I ran racing outside, and there were two cars hit head on each hit passenger side utterly smashed.”

The driver of a black Honda CRV that was carrying four people allegedly entered the path of oncoming traffic, causing the vehicle to collide with two other cars.

The first vehicle was a Volkswagen Sedan driven by a lady in her 30s, while the second vehicle was a Toyota Venza with an adult and two children on board.

According to the Reports, nine patients were transferred to regional trauma facilities, six of whom are in critical condition while the remaining three are in fair condition.

Between San Fernando Mission Boulevard and Chatsworth Street, both directions of Reseda Boulevard were closed due to a traffic incident.

The authorities speculate that speed played a role in causing the accident.