Post Malone is one of the most successful artists in the world, with three quadruple-platinum albums, nine Grammy nominations, and a whopping 17 songs that made the Top 20 on the Billboard Hot 100, including four number ones. On Thursday, he came to Milwaukee for the first time, performing at Fiserv Forum as the fourth stop on his “Twelve Carat Tour.” He made fans happy by giving them everything he had, even giving one of them the shirt off his back.

Even after the 95-minute set, he kept giving.

The house lights came on, the exit music stopped playing, fans started leaving, and crew members started taking down the stage. Malone was still on the main runway, shaking hands with fans and making funny videos for those in the pit.

He stayed for 12 minutes, making his way slowly down the runway and talking to many fans as he went. He also signed autographs and took selfie videos during the show, even though he felt sick. By the end of the night, Malone was sneezing and breathing hard.

I’ve only seen Kenny Chesney do something similar in the ten years I’ve reviewed concerts. But honestly, Malone made the country star, who had his six-minute autograph session at American Family Field in May, look like he was being cheap.

It wasn’t the only time Malone went out of his way for a fan. 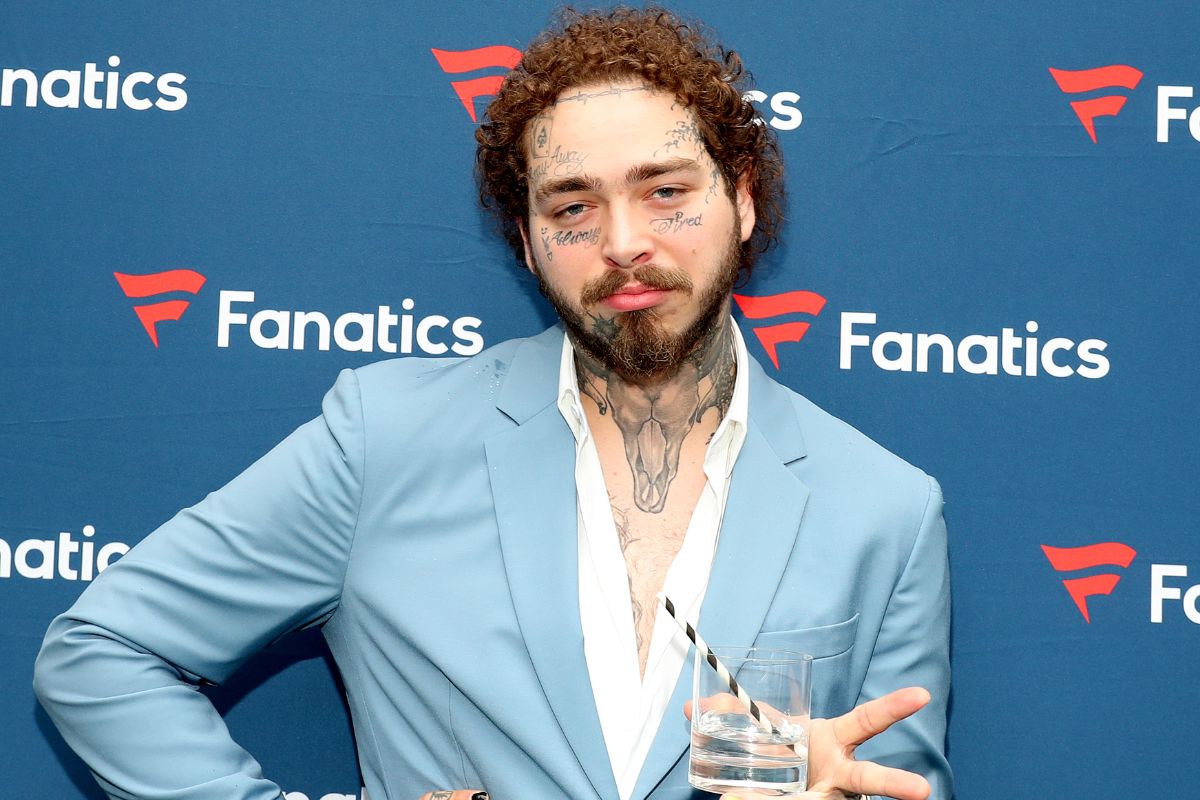 Malone saw a sign in the pit from a fan asking to play guitar during “Stay” just before he began his short acoustic set. He grabbed the guy, pulled him up on stage, and hugged him without thinking twice. And that fan, Rene, sat down, was very grateful, and kept his nerves. Malone gave him a guitar, and he started strumming it sweetly.

Malone said to Rene after giving him a fist bump, “He’s so good that I might light up a cigarette to watch him play.” “You’re an (expletive) legend, man.” Then Malone met Rene’s soft notes with his heartbreak, and the warm whispered voices of the crowd made their exchange even better. Rene said humbly, “I appreciate it. This is a blessing, thank you very much,” after their unforgettable moment, but before they shared a beer.

Fans in Milwaukee were drawn to Malone’s smooth, instantly memorable hits and raw, visceral anger, so moves like these were sure to win them over. For many pop artists, these two ideas seem to go against each other. But Malone, who sold out the Bucks arena on Thursday, had mastered both sets of skills, which put him in an elite group that includes A-listers.

He did it without many things that are usually part of a pop show, like dancers, a live band, or a complicated set. Malone’s hip-hop style is “less is more,” with the vibe being the most important thing. He spent most of the show walking around on three different runways on the arena floor. He sang Top 10 Hot 100 hits like “Psycho,” “Sunflower,” “Circles,” “Wow.,” “One Right Now,” “Better Now,” and “Congratulations,” sometimes with fire, fireworks, and extra vocal flair. “Goodbyes” was not on the setlist, which was strange.

“Rockstar” was, of course, the most significant rock show statement, with blue, pink, and orange flames shooting out of grates across the runways, lasers bouncing off lighting rigs that looked like UFOs, and Malone smashing an acoustic guitar on the main stage floor as the “Stranger Things” theme song mixed in with the DJ mix.

But Malone was at his best when he stopped walking around, stopped the pyro, and sang his heart into a microphone. It happened before he played “Reputation,” which is on his most recent album, “Twelve Carat Toothache” (not quadruple platinum yet, but it will be). Malone kept the self-loathing at a low boil with his signature quiver, but the pain boiled over in the lines “I was born to (expletive) up/I was born/what a shame.”

At the show’s beginning, Malone said he was going to peak, but on Thursday, he said things like “burn it all down” and “bleeding heart on his sleeve” more than once. For “Euthanasia,” he fell to the ground and gently rocked back and forth. For “Love/Hate Letter to Alcohol,” he hit his head and fell to his knees. And he had nothing to worry about when it came to his voice being harmful because he was sick. If he sounds this good when he’s sick, I can’t imagine what he’d say when he’s healthy.

Malone only seemed so angry before Thursday, when he kept talking about how long it had been since his last tour because of the pandemic. It had been two and a half years. He didn’t seem to notice that the wait had been longer for Milwaukee fans. I hope they never have to wait this long again.

Roddy Ricch started the show with a tribute to PnB Rock and Nipsey Hussle.

Roddy Ricch, who started the show, could use almost all of Post Malone’s production tricks, like fire, smoke, and bright lights. But one of the most exciting parts of his 46-minute set was when all of that and the booming DJ mix went away, and Ricch rapped a cappella in the middle of the main runway to the song “Every Season,” which is a street hustle anthem.

Ricch was one of the most exciting new hip-hop artists right before the pandemic turned everything upside down. His flow and the weight of his words were a sharp reminder of why, as was the arena-shaking performance of his 2019 TikTok-fueled hit “The Box.” Live, he led the band through a wide range of emotions, from raunchy love songs (“Back Seat”) to powerful, personal songs about childhood trauma (“War Baby”). At the beginning of “Late at Night,” he showed off his beautiful piano skills.

He also paid tribute to the late Nipsey Hussle with the song “Racks in the Middle” with him, and he wrote the sad song “Die Young” for his friend and fellow rapper PnB Rock, who was shot and killed this week during a robbery. On a video screen, pictures of Prince, Mac Miller, Juice Wrld, Kobe Bryant (with his daughter Gianna), and other influential artists and athletes whose lives were cut short in the past few years were shown. It’s too early to tell if Ricch’s legacy will be as crucial as some of the artists he remembered on Thursday, but he’s off to a good start.

Malone probably felt that a lengthy autograph session was the least he could do after fans gave him gifts for the show. Cowboy hats, ball caps (including a Brewers cap), bras, a hair tie, shirts, a Dreamcatcher necklace, and a leather jacket with a skeleton on the back were on stage.

Does Post Malone hang out with Tony Evers, the governor of Wisconsin? At one point on Thursday, Malone said, “Holy mackerel!” which was one of Evers’s most famous phrases. Malone didn’t say “Folks” once, though. Instead, he said “ladies and gentlemen” several times. Roddy Ricch was led to the back of the arena not long after he and Malone performed “Cooped Up” together during Malone’s set. This was so he could watch the rest of the show.

Who could say he was wrong?