After a semitrailer carrying cases of Coors Light crashed on Wednesday, turning the road into a silver sea of beer cans, a Florida highway had to be temporarily closed. According to a news release from the Florida Highway Patrol, the multi-vehicle collision happened shortly after 6 a.m.

In the southbound lanes of Interstate 75, about 30 miles (48 kilometers) north of Tampa. According to officials, the collision started when one semitrailer clipped another while changing lanes. As a result, other semis were compelled to brake, but one failed to stop and crashed into a pickup truck and stopped another semi. 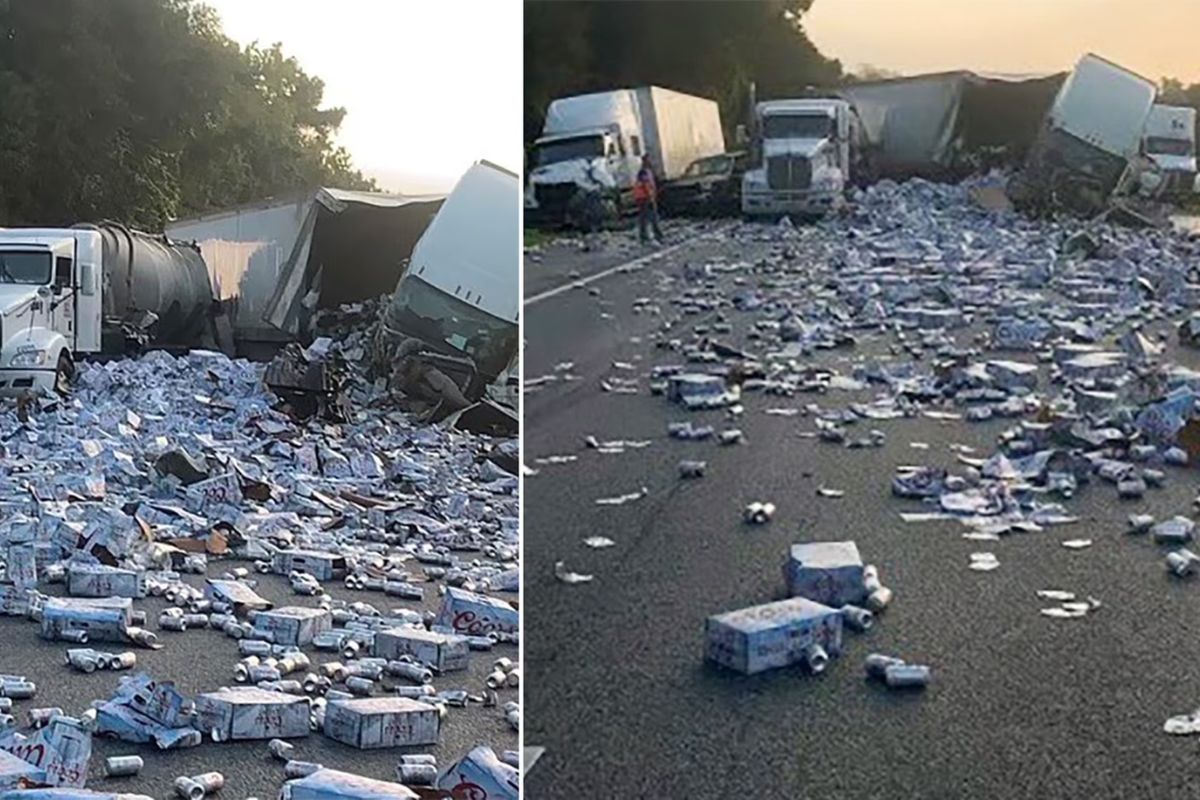 Cases of the Silver Bullet beer were inside the semi that didn’t stop. According to the news release, the pickup truck’s occupants reported minor injuries. According to authorities, the remainder of the route was about noon after the inner shoulder, and travel lanes were allowed to vehicles by 8:30 a.m.

15-second video footage from another incident depicts a truck carrying cargo attempting to make a quick bend. But because of its weight, the vehicle splits in two. The lower part of the vehicle is still moving ahead at the same speed despite the damage to the upper portion, which falls off and hits the ground.

A few seconds later, the driver emerges from the truck’s broken upper half. He even attempts to pursue the truck’s lower half to the end of the unpaved road. The footage also shows two individuals fleeing as the car approaches them. Although the collision appeared to be lethal, neither the driver nor any pedestrians appeared to have been hurt. There Was An Attempt to post the trending video on Twitter.