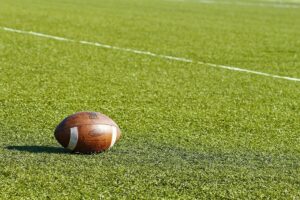 Football team Florida State Seminoles suffered a setback in their football recruitment process as IMG offensive lineman Aliou Bah decided to re-open his recruitment.  The news came after Bah’s announcement on Twitter that he is decommitting from FSU.

Bah Committed To FSU In May

Bah committed to FSU back in May and became the first offensive lineman to join Tribe 21. He was a support to protect Tribe 21 quarterback commitment with A.J. Duffy. The partnership was expected to go on in Tallahassee.

At the beginning, Bah had lots of positive things about Seminoles. But as soon as more offensive linemen started joining the class during the summer, Bah suddenly became quiet on social media.

Bah’s sudden lie-low in social media happened the same time when news about Georgia Bulldogs being interested in getting him into the team came out. Bah was reportedly interested too with the joining the team.

Bah then had an official visit to watch game between Georgia Bulldogs and Arkansas then followed by a trip to Florida Gators to which he eventually decided to re-open his recruitment.

Now, Bah would decide to which team he would be on: The Dawgs, Florida Gators, or  Texas Longhorns.

One of these three would likely have the IMG Academy lineman to their team in the end.

The 6’6’’ 325-pound football player did not mention why he was de-committed from FSU. But FSU’s view that Bah is a tackle, and not an interior lineman likely contributed to the player’s decision. 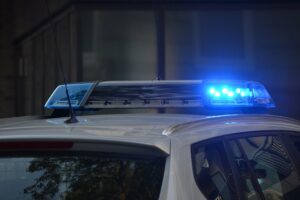 Aaron Lowe Was Shot After Argument Over Moving His Car; Man Charged

The man suspected to be responsible for the last month’s deadly shooting of Aaron Lowe, a University of Utah football player, was charged Wednesday. Records reveal that the shooting sprung from an argument.

According to a report by Salt Lake Tribune, the Salt Lake County District Attorney’s Office charged 22-year-old Mawut Buk with aggravated murder, attempted aggravated murder, possession of a firearm by a restricted person, and obstruction of justice, court records reveal.

The 21-year-old football player, who hailed from Mesquite, Texas, was killed on Sept. 26 at a house party in Sugar House after uninvited guests, including Buk, were asked to leave, a probable cause document filed in the case states.

In a contact report found by the Salt Lake Tribune, throughout the night of the party, there were “several fights” that prompted the host to kick people out of the party.

If convicted, aggravated murder charges in Utah can carry the death penalty. Reports said that prosecutors will make that decision after the case’s preliminary hearing.

Cause Of the Fatal Shooting, According To Witnesses

Charging documents revealed that witnesses told investigators that Lowe, Buk, and other partygoers got into an argument just in front of Lowe’s car before the shooting began.

Buk, in an initial interview during his arrest on Oct. 3, told investigators he was not at the party.

Fuamoli Pomale, 20, who was also shot multiple times and remains in critical condition as of Oct. 3, revealed what happened before the shooting, police said.

Pomale, according to a district attorney’s office spokesman, is alive but is unable to speak due to her injuries after being shot in the chest and neck that damaged her spinal cord and some soft tissues.

Records said that she either typed her answers to the questions asked by investigators or answered non-verbally with gestures. She told investigators that the argument begun after Lowe tried moving his car when four men would not move out of the way.

Another witness revealed to police that they saw Buk take a gun from another man who was also at the party. Buk eventually walked out of the garage, holding the gun, and the shooting began, the witness said.

According to charging documents, a witness was able to take a video of the shooting. It shows a man crossing the street and lifting his hand to his middle. The man looked like he was holding a “dark object.” In the video, as he walks out of the frame, two gunshots are heard.

Just minutes later, the video shows the man standing on a park strip just in front of Lowe and Pomale who were on the ground.

Pomale told investigators that the shooter came back to finish them both off.

The person who was able to take a video recording of the incident ran away but the video was able to capture sounds of at least five gunshots going off, according to documents. Investigators were not able to retrieve the gun used.

Lowe, a Utes cornerback played on the Sept. 25 game and wore a No. 22 jersey as a tribute to Ty Jordan, a former teammate and friend of Lowe who died in September from what appeared to be an accidental, self-inflicted gunshot wound.

Buk is currently in Salt Lake County jail, held without bail. A court hearing for the case is scheduled for Friday afternoon.

District Attorney’s office spokesman did not mention if there are other people being investigated regarding the shooting.

At the time of the Sept. 26 shooting, Buk was on probation for two robberies that he committed in 2019, just two of the series of crimes he had been charged with over the past years, court records reveal. 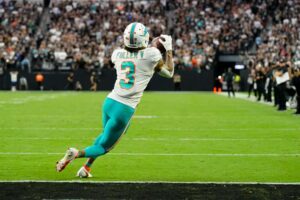 Debut between Dolphins’ Fuller and Raiders; Roberts TD woks up severe injury at the site

Will Fuller turned the cards as he acquired big and held the audience spellbound in his first game as a Miami Dolphin, post his loss in the controversial overtime play at Dolphins’ 31-28, to the Las Vegas Raiders on Sunday.

Fuller’s debut was quite a victory, but Trayvon Mullen’s ploy turned the tables by sticking his arm in the way in a double-quick time and broke the pass, climactically channelizing the Dolphins into a tying goal. Quarterback Jacoby Brissett took a deep shot to Fuller for the win on first-and-10 from the Raiders’ 40-yard line on the offense’s first drive-in overtime.

“I thought they fought hard and gave great effort,” Dolphins coach Brian Flores said. “I know they’re disappointed. They fought, and we just got to get back to work.”

Meanwhile, Fuller’s hard-luck showed its way when his summon for the flag never came. A flag for defensive pass interference from the officials would have favorably oomph the game with the Dolphins making it to the 1-yard line. The Dolphins would have won the game with four subsequent chances, with a touchdown.

Fuller said: “It was a bang-bang [play]. I feel like he got there a little early.”

Miami’s 8 yards on its next two plays, along with kicker Jason Sanders made a game-tying 50-yard field goal. The Raiders won the game by making a field goal on their next possession. It’s a stroke of better luck next time for the Dolphins as they lost the game at this time.

The Dolphins, coming off a 35-0 loss at home to the Buffalo Bills in Week 2 after he sustained fractured ribs in the shutout loss.

Fuller’s journey to Miami to indorse what he can give this offense this season. Fuller, however, could not live up to his expectations. After making his Dolphins debut Sunday after sitting out Week 1 to serve the final game of a suspension, he missed Week 2 for personal reasons, and only wedged three passes for 20 yards. Brissett targeted him six times.

“We know what we’re getting out of (Brissett),” said Raiders cornerback Casey Heyward Jr. “He’s a guy that can throw the ball, which has a veteran presence. He did a great job out there, especially in the fourth quarter.”

Surprisingly, Fuller’s ardor for the game was impressive. Even though he was thrown flat by Brissett, Fuller converted a game-tying two-point conversion with two seconds left in regulation to force overtime at 25. Fuller, then beat the defensive back to the goal line. Perhaps, it was just a striking means by which he could give this offense a needed jolt moving forward.

“It was just mano a mano,” Fuller said. “They trusted me to win.”

Fuller wasn’t the only Dolphin to make his 2021 debut. Cornerback and 2020 first-round pick Noah Igbinoghene also participated. They were inactive for the first two games of the season.

Besides, Wide receivers Preston Williams and Albert Wilson were inactive. Williams made his season debut last week and Wilson had played in the first two games of the season. Cornerbacks Trill Williams and Elijah Campbell, and offensive tackle Greg Little were also inactive.

“Guys didn’t give up. Guys didn’t hang their heads,” said Dolphins defensive tackle Christian Wilkins. “We fought to just get it into overtime, but it wasn’t enough.”

It was a ‘full-circle moment’ for Roberts

Linebacker Elandon Roberts, 27, had a “full-circle” moment at Allegiant Stadium. He had a season-ending knee injury last season, returning an interception 85 yards for a touchdown.

Roberts’ pick-six gave the Dolphins a 7-0 lead early in the first quarter. His accomplishment gained him five combined tackles, a forced fumble, and a pass breakup.

Roberts said, “It meant a lot. This place, I tore my ACL last year. It definitely meant a lot.”

Roberts sustained the injury in the Week 16 thriller in the 2020 season and did not play in the following Week – the Week 17 finale against the Buffalo Bills. Sustaining challenges in the offseason, the Dolphins re-signed Robert to a one-year deal.

Robert’s preps entailed joining training camp on the physically-unable-to-perform list but returned and beat out veteran addition Bernardrick McKinney, who was later released, to keep his starting spot next to inside linebacker Jerome Baker. Roberts was later voted a captain by his teammates.