It has been announced that Resident Evil Netflix 2022 TV series will premiere globally on Netflix on July 14, 2022, and the first teaser trailer has been released.

With an intense, action-heavy horror montage, the teaser teases how Netflix has promised that the series will “redefine the legendary horror franchise.” 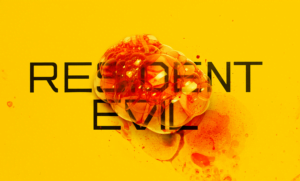 Some of the creatures and design elements from the video game series can be found here. Chainsaws, zombies, creatures, and a lot of Umbrella Corp. are all involved in this.

The teaser trailer for Netflix’s “Resident Evil” is here!

New and familiar monsters, a struggle for survival, and a deep mystery are all part of the all-new series expansion for Resident Evil. Supernatural’s Andrew Dabb returns with fresh storytelling, bone-chilling horror, and an action-packed spectacle perfect for summer binge-watching.

It is the year 2036 in the Netflix series “Resident Evil,” in which protagonist Jade Wesker must fight for her life against hordes of bloodthirsty infected and insane creatures. It’s hard for Jade to forget her past in New Raccoon City, the terrifying ties her father has to the Umbrella Corporation, and most of all, what happened to her sister Billie.”

The following actors and actresses are included in the ensemble:

In 1996, Capcom released Resident Evil, kicking off a long-running video game and film franchise. That history will be interesting to see how Netflix’s new series fits in.