The identity of the man who was shot and killed during a drive-by shooting in North Chicago has been released. According to the Lake County Coroner’s Office, Alejandro Garcia, 49, of North Chicago died as a result of multiple gunshot wounds sustained during the incident on Monday afternoon. 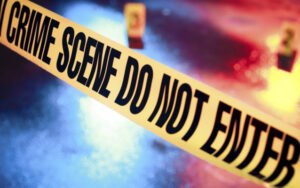 Garcia was mowing his lawn when a vehicle passed by and someone inside opened fire, according to police. Authorities believe the victim was targeted, though the exact reason for this is still under investigation by authorities.