But the video doesn’t answer the most critical question: why?

It shows a group of several dozen recruits in white T-shirts jogging in tight formation along a residential street, as seen from the backyard of a nearby home. Two police cars are following them from behind.

Not many people walk down the street.

Suddenly, a Honda SUV comes into view, driving on the left side of the road and straight toward the front of the group, with no signs that it tried to slow down or turn.

Sheriff Alex Villanueva said the driver might have sped up just before the crash.

“Some recruits say they heard the car speed up, and they think it was going between 30 and 40 mph,” the sheriff said. “It’s easy to see how little time that gives someone to act.” 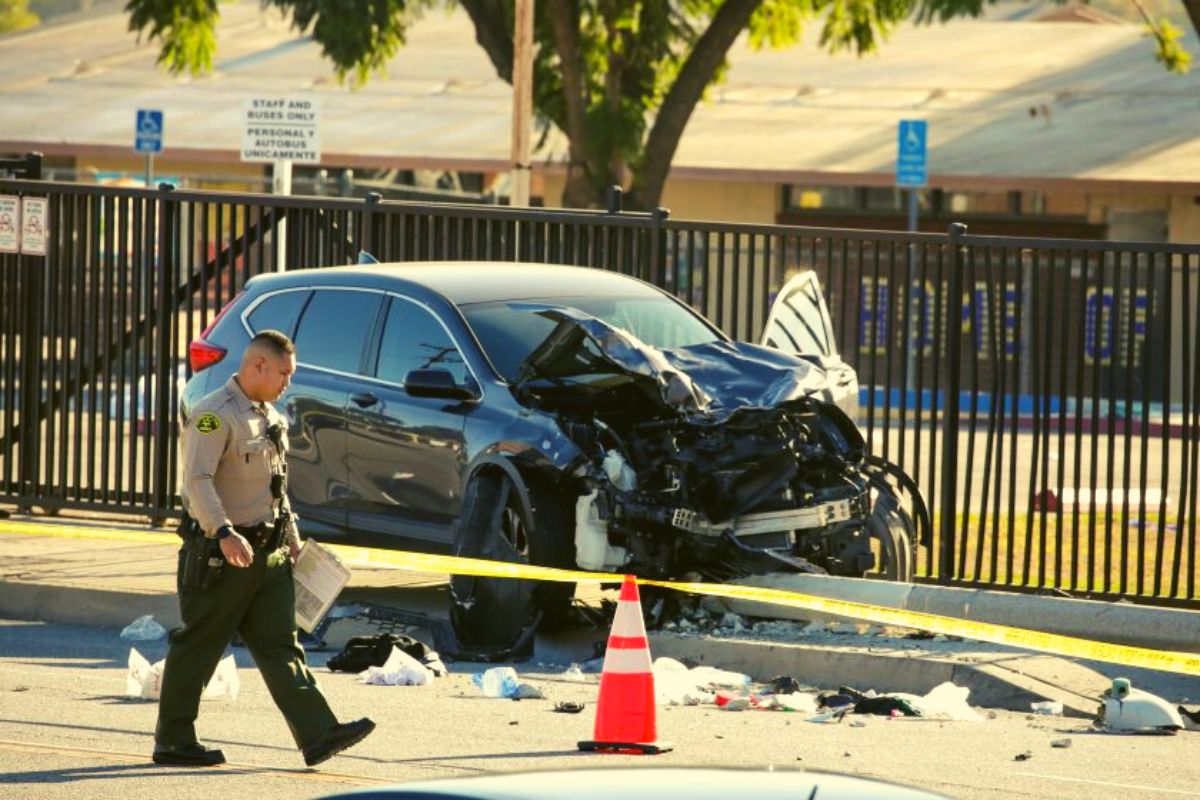 The video doesn’t show that there was an obstacle or any other apparent reason why the driver was on the wrong side of the road and kept going into the path of the runners.

The vehicle ran over the recruits and then hit a pole, sending clouds of smoke into the air and flying people and things.

The video also shows what happened next when other recruits came to help. Officers in patrol cars were also following the group and stopped to help. From a nearby fire station, first responders also arrived quickly.

Authorities say that the group’s injuries included head trauma, broken bones, and even the loss of limbs. At least one recruit was taken to the hospital in critical condition and put on a ventilator.

Authorities said there was no sign that the driver, a 22-year-old man, had been drinking. AIR7 HD saw officers giving the driver a walk test to see if he or she was drunk.