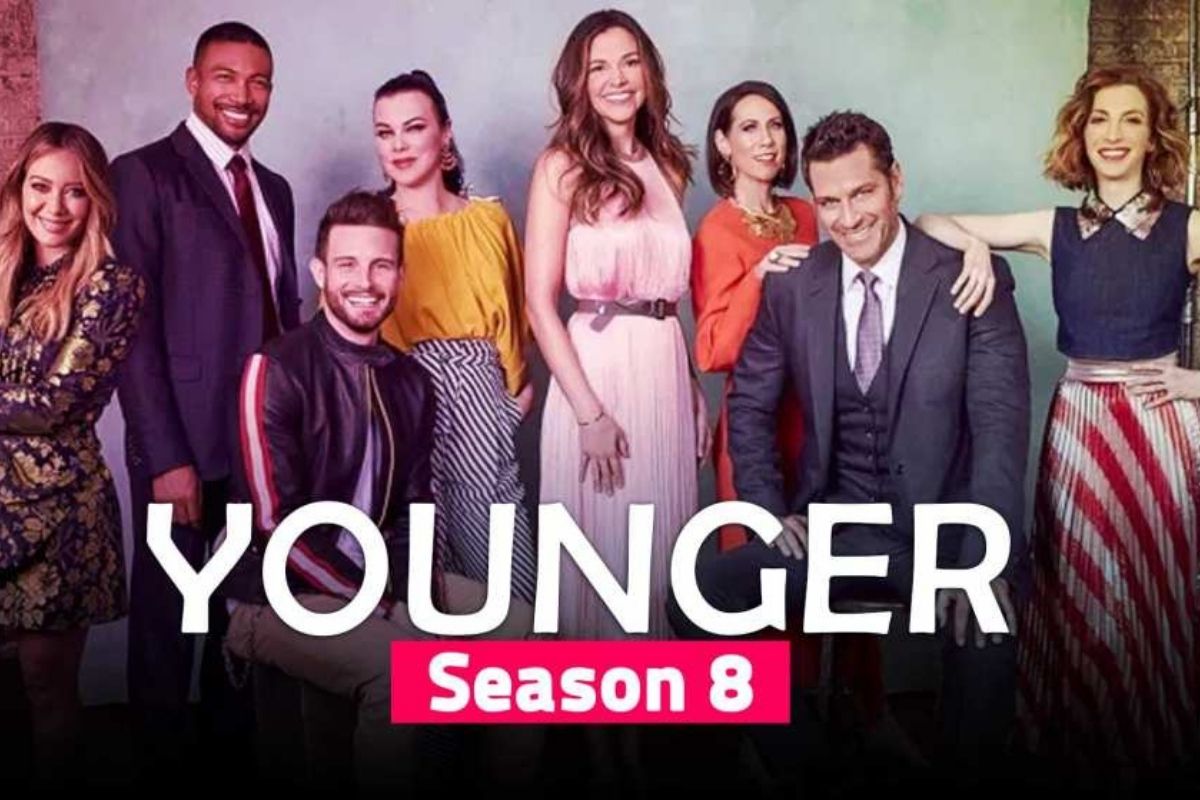 Is there going to be  Younger Season 8? Here’s everything we know thus far regarding a possible Younger spin-off!

It was on June 10, 2021, that the seventh and final season of Younger, which began on TV Land in 2015, ended its run. As Liza Miller’s world came to a conclusion, the book appeared to be closed on Liza and her great ensemble of coworkers, friends, and love interests.

Fortunately, the Younger narrative is already being discussed for a continuation. The development of a spinoff starring Hilary Duff’s Kelsey Peters has been put on hold owing to her involvement in the How I Met Your Mother sequel.

THR talked with Younger creator Darren Star, who said, “I think a movie could be a really fun special treat for all of us.” Star also created Sex and the City, which got not one, but two movies, so there could be a good reason to get your hopes up!

That said, given the series finale left so many plots open-ended, it’s best to have an open mind. Fortunately, there was no sudden cancellation of the show. With the seventh season, the show’s makers decided to bring the characters to a close.

There have been “farewell” postings from the cast on social media shortly after Darren Star told TV Insider in September 2020 that they’d considered season 7 a possible end season for a time.

Season 7 of Younger was relocated from TV Land to Paramount+ for streaming.

We’ll keep this page up to date with any fresh information on the upcoming eighth season of Younger and its release date!

Season 8 of The Younger series has so much potential, especially in light of the series’ shocking series end. For starters, we’d like to see Liza and Josh reunite. While the show was a little ambiguous in the end with regards to these two, it seems clear that the intent was that Liza and Josh were endgame. Until further notice. It would be interesting to see how their relationship has evolved since Josh had a baby and they’ve both grown so much.

In addition, it would be interesting to watch how Empirical functions under Liza’s leadership and how things would change when Charles returns. Hopefully Charles finds success and happiness as a writer and never returns to stressing over Empirical’s sales, but either way, we’d like to see it. We’re guessing Empirical’s slate would look a lot different with Liza at the helm, and we’d love to get a taste of the fresh ideas that she brings to the company.

What we’d like to see the most, however, is some actual resolution for Diana, Maggie and Lauren. We missed Zane and Diana so much in Younger season 7, but with Zane becoming publisher of a rival company, we’ll save his resolution for the Kelsey Peters spinoff that we’re still holding out hope for, although it would be great to see him in a fun rivalry with Liza in Younger season 8.

Diana got some closure at the end of Younger season 6 with her wedding and subsequent extended honeymoon, but it seems important to see how she reacts to Liza’s promotion and to see how the two women work together in the future. Also, Maggie made a huge step forward in her love life in the series finale that felt way too sudden, and Lauren tried and failed to make a similar step. Both of these could be explored much further in Younger season 8.

Also read-The Colorful History of Kai Parker Is Out. Here’s What’s In!

One thing’s for sure, we would want all of the Younger cast members show up in season 8, especially those who missed out on season 7. Here’s who we’d want to see as the main cast in Younger season 8, and who we’d love to see return as a guest star.

Many of the extremely talented Younger cast members have already picked their next project. As we mentioned previously, Hilary Duff has been cast as the lead as Sophie in Hulu’s How I Met Your Father, the sequel series to the beloved How I Met Your Mother. We don’t know much about this series yet, but Chris Lowell, who played Piz in Veronica Mars, has been cast alongside Duff.

Younger’s star, Sutton Foster, is returning to Broadway in February 2022 in The Music Man with Hugh Jackman! She is also releasing a book in October 2021 called Hooked: How Crafting Saved My Life, which you can pre-order now! To round things out, she also joined the voice cast of the Netflix Ridley Jones animated series as Mama Jones.

Nico Tortorella, who plays Josh on Younger, will return for season 2 of The Walking Dead: World Beyond after starring in season 1 as Felix Carlucci. Peter Hermann, who we all loved as Charles, continues to reprise his role as Jack Boyle in Blue Bloods.

Read More-The Colorful History of Kai Parker Is Out. Here’s What’s In!

Ozark Season 4 Release Date, Plotline, Characters And Many More Details Regarding To The Show!