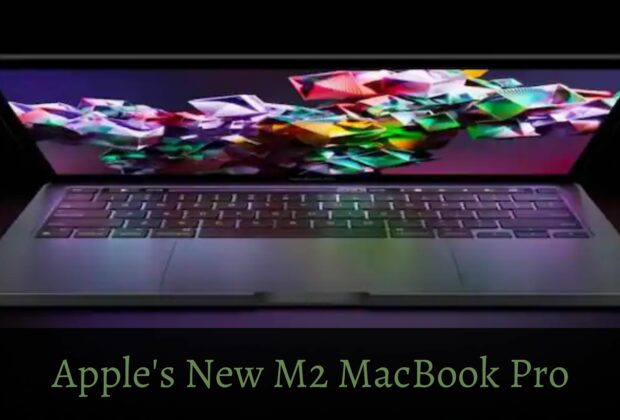 It has a faster 8-core CPU and 10-core GPU than the M1 MacBook Pro and a 13-inch Liquid Retina display. It has a rated battery life of up to 20 hours and supports up to 24GB of unified memory for seamless multitasking and 3x faster transcoding. The M2 MacBook Pro provides two Thunderbolt/USB 4 ports for connecting external devices.

Apple developers intentionally positioned the speakers and microphones between the display and keyboard, just like they did with the 2022 MacBook Air. Whether you’re streaming content or making a video conversation, the new four-speaker sound system supports Spatial Audio for better audio.

The 512GB M2 MacBook Pro starts at $1,499 if you want twice as much capacity for gaming, scripting, graphic design, or video editing. Preorders for the MacBook Pro are supposed to deliver by June 24 according to Best Buy.

Apple asserts that the 13-inch MacBook Pro is over 40% faster than the previous model M1 in several programs. On the M2 MacBook Pro, gaming performance is also 40% faster.

What processor powers the MacBook Pro?

The M2 processor, which has an eighth-generation 8-core CPU, is now included in the 13-inch MacBook Pro. Additionally, it has Apple’s new GPU, which has two additional cores than M1 and up to 10 total.

Is macOS Ventura included with the M2 MacBook Pro?

No, macOS Monterey is what the M2 MacBook Pro comes with. However, customers will be able to upgrade to macOS Ventura later this year.

Apple’s #MacBookPro and #MacBookAir range has grown significantly with the introduction of #M2 models. Here’s what you should be buying, based on your budget. https://t.co/WRxlsmnlCc pic.twitter.com/sUxdomQoeg

What Are The M2 MacBook Pro’s Display Specifications?

A 13.3-inch LED-backlit IPS display is available on the M2 MacBook Pro. The display has a maximum brightness of 500 nits and a resolution of 2560×1600 pixels.

How long does the M2 MacBook Pro’s battery last?

According to Apple, the battery life of the MacBook Pro can last up to 20 hours.

Yes, it’s a surprise that Apple has reinstated the TouchBar for the M2 MacBook Pro after removing it from the 14- and 16-inch models introduced in 2021. For added security and convenience, it also provides TouchID.

What RAM & Storage Choices Are Available For The M2 MacBook Pro?

The M2 MacBook Pro has up to 2TB of SSD storage and may be customiZed with up to 24GB of RAM.

What Is The Price Of The M2 MacBook Pro?

When Will The M2 MacBook Pro Be Released & Where Can You Pre-order One?

Customers can order it from the Apple Online Store and Apple Authorized Resellers. Beginning on June 24, the M2 MacBook Pro should be accessible.

Pre-orders for Apple’s most recent MacBook Pro are now open in India. The brand-new M2 CPU is a feature of the laptop, which was announced at WWDC 2022 earlier this month. The MacBook Pro hasn’t undergone any significant upgrades from Apple, but the laptop’s processing speed has increased. The most important information about cost, features, and accessibility is provided here.

Is Finn Wolfhard Dating Sadie Sink? Who Is Elsie Richter?

A Shiny Piece Of Foil Is Seen By NASA’s Perseverance Rover On Mars!