The body of “Lalo” Rodriguez, a Puerto Rican salsa singer and musician, was discovered dead on Tuesday at a public housing project in the U.S. territory of Puerto Rico, according to the authorities. He was 64.

Even though there were no obvious traces of violence on his corpse, the police noted that an autopsy would be necessary in order to identify the cause of death.

The singer, whose birth name was Ubaldo Rodriguez Santos, had a long history of problems with substance abuse and alcoholism, and he had previously been charged with cocaine possession.

Rodrguez is most known for his popular song “Ven, devórame Otra Vez” or “Come, Devour Me Again,” which he released in 1988. Rodriguez was formerly a member of Eddie Palmieri’s band. Yuba-Sutter CHP Commander Was Found Dead by Gun Shot Outside a Tennessee Home, Months After the Loss of His Husband
Next Article 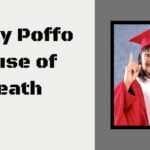