Panic! at the Disco, a pop-rock band that started in Las Vegas almost 20 years ago and slowly turned into a solo project for lead singer Brendon Urie, said on Tuesday morning that they will break up after their upcoming European tour. Urie says that he and his wife are expecting their first child, and he says, “I am going to close this chapter of my life and put my focus and energy on my family. With that, Panic! At The Disco will be no more.”

The last tour starts on February 20 in Vienna and ends on March 10 in Manchester, England. Here is the full text of Urie’s statement.

Well, it’s been a hell of a journey…
Growing up in Vegas I could’ve never imagined where this life would take me. So many places all over the world, and all the friends we’ve made along the way.

But sometimes a journey must end for a new one to begin. We’ve been trying to keep it to ourselves, though some of you may have heard.. Sarah and I are expecting a baby very soon! The prospect of being a father and getting to watch my wife become a mother is both humbling and exciting. I look forward to this next adventure.

That said, I am going to bring this chapter of my life to an end and put my focus and energy on my family, and with that Panic! At The Disco will be no more.

Thank you all for your immense support over the years. I’ve sat here trying to come up with the perfect way to say this and I truly can’t put into words how much it has meant to us. Whether you’ve been here since the beginning or are just finding us, it has been a pleasure to not only share the stage with so many talented people but also share our time with you. I am looking forward to seeing everyone in Europe and the UK for one last run together.

I love you. I appreciate you. Thank you for existing.
Brendon

A post shared by Panic! At The Disco (@panicatthedisco)

Choose a topic that interests you:

The band, which made seven albums, started when Urie, Ryan Ross, Spencer Smith, and Brent Wilson were all in high school in 2004. The next year, their first album, “A Fever You Can’t Sweat Out,” came out. Its hit single, “I Write Sins Not Tragedies,” made them stars very quickly. The album went triple platinum, and the next year, the group swept the MTV Video Music Awards. Wilson left the band before the release of their second album, “Pretty. Odd.,” which was a change in the band’s musical style.

In the end, only Urie and Smith were left as founders. “Vices & Virtues” and “Too Weird to Live, Too Rare to Die!” were the next two albums, which were all played by Urie and Smith. Smith left the band informally in 2013 and for good in 2015. But the band had been Urie’s way to do his own thing for a long time.

Between those two albums, Urie played the lead role in “Kinky Boots,” the musical by Cyndi Lauper, on Broadway. He has worked with a lot of musicians over the years, from Fall Out Boy to Taylor Swift, with whom he recently sang a duet and was in the video for her 2018 hit “Me!” Last year, he brought back Panic with the album and single “Viva Las Vengeance” and a tour, but the band didn’t do as well as it had in the past.

Since Urie is the only constant member of the band, it’s not clear what the difference will be between Panic and his future projects, but he seems to think the name doesn’t fit anymore and, at age 35, he’s ready to move on. 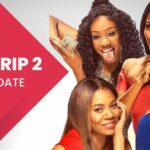 Girls Trip 2 Release Date: Is This Series Coming in 2023?
Next Article 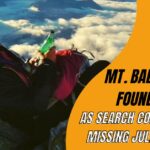 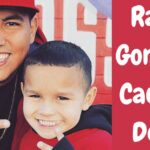 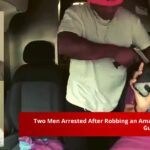 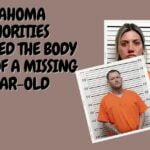 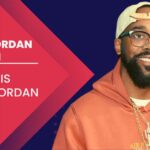