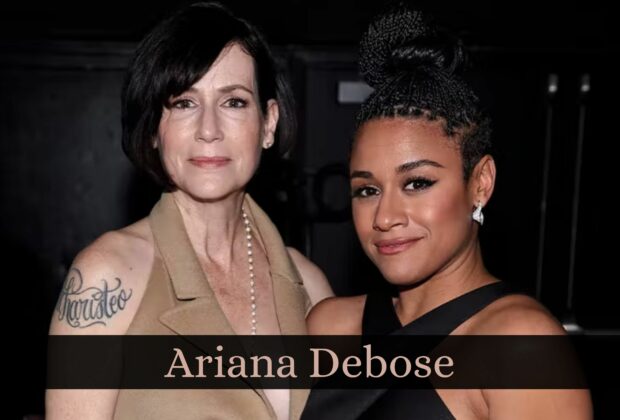 Ariana Debose’s performance in West Side Story earned her international recognition and a well-deserved Oscar nomination, but it’s only a fraction of her true potential. The 31-year-old triple threat is also known for her roles in Hamilton, Motown: The Musical, Bring It On, and Summer: The Donna Summer Musical on Broadway.

She also has a long record of awards under her belt, including a Golden Globe and a SAG Award for Best Supporting Actress. But here’s what we really want to know: does she have a boyfriend or girlfriend? And, if that’s the case, who’s Ariana Debose’s partner? Continue reading to learn more.

What Is The Status Of Ariana Debose’s Relationship?

The Prom actress hasn’t publicly announced her relationship, but based on her recent red carpet appearances, she appears to be dating Sue Makkoo. The couple attended the Michael Kors Collection fall/winter 2022 runway show in New York City just a few weeks ago.

Makkoo is a talented interior designer and costume associate with a career spanning 27 years. She studied at Arizona State University and worked on Broadway plays such as Memphis, Sideshow, Hands on a Hard Body, and 33 Variations, according to her LinkedIn page. According to My Domaine, she also refurbished and designed DeBose’s lovely Upstate New York cottage.

Summer: The Donna Summer Musical brought the two together in 2018. Makkoo worked as a costume assistant for DeBose, who played Disco Donna.

Despite the fact that DeBose and Makkoo like to keep their relationship quiet, they are IG official. Makkoo celebrated her birthday in February by posting a beautiful photo with her lover on Instagram and writing, “It was a fantastic birthday celebration. Thank you so much to my wonderful family and friends. You have a knack for making life extraordinary.”

Has Anyone Else Debose Dating?

DeBose dated Jill Johnson, a Broadway props master who has worked on productions like Motown and If/Then, before to Makkoo. Because the crew member appears to be keeping a low profile, nothing is known about her professional and personal lives. However, in a 2015 interview with Playbill, she revealed one of the most difficult aspects of her profession.

“I’m on the crew, so there’s a lot of tension for us—a lot of stress that’s just inevitable,” she explained. Of course, I’m taking that home with me, but [Ariana] handled it brilliantly. I’m not sure how she did it, but she managed to handle me.”

How Did They Get Together?

They met in 2013 while working on Motown: The Musical, according to the former couple. It wasn’t, however, love at first sight. “We initially met on Motown,” DeBose told Playbill, “but we didn’t start dating until I was in Pippin and she was working on If/Then.”

“We had covert access to each other since [the Richard Rodgers and the Music Box theatres] share an alley,” Johnson explained. “So throughout my half hour and during pre-set, I’d either walk through the little doorway and say ‘Hi’ to her or she’d come say ‘Hi’ to me,” DeBose explained. It was a bit…romantic?”

The actress even recalled an unpleasant incident in which she wandered into one of Johnson’s live gigs by accident. “[The alley is] incredibly private,” DeBose stated. Only those at the rear of both theatres will be able to see it. It was a thrilling experience. On one occasion, I was unaware that they had an earlier curtain. I was returning through the small doorway to say hello when I walked in and saw all of the cast members.

‘Wow, everyone’s here!’ I said. ‘Hey, darling!’ I say as I walk into [Jill’s] office, and she asks, ‘What are you doing?’ Then I hear Idina [Menzel] singing, which indicates that a show is taking place. I was like, ‘Oh my God, I’m so sorry!’ because I had half of my circus makeup on my face.”

When Did They End Their Relation?

According to DeBose’s current relationship, she and Johnson secretly split up before 2018. There’s no information on whether Johnson is dating someone new, but DeBose has most likely moved on by now. This year, we’re expecting to see a lot more of DeBose and her partner on Instagram.

Who Is Kodak Black Dating Now? Is He Really Engaged With Mellow Rackz?

Lady Gaga In Talks To Play Harley Quinn In ‘Joker 2’