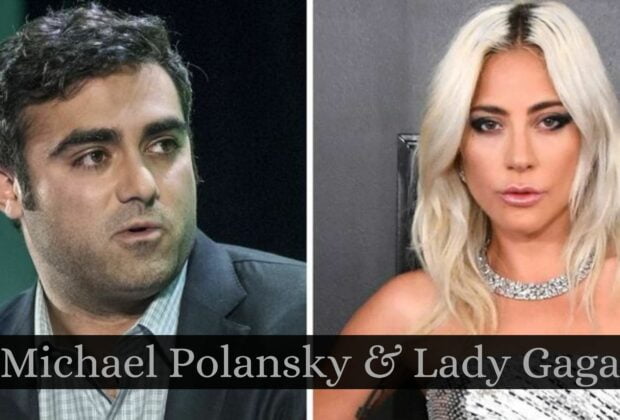 Lady Gaga has rekindled her romance with businessman Michael Polansky after calling off her engagement to Christian Carino. The low-key couple was initially caught kissing at a 2020 New Year’s Eve party in Las Vegas and then made their relationship public after spending a PDA-filled weekend in Miami for Super Bowl 2020. During the COVID-19 epidemic a few months later, Polansky and Gaga wound up quarantined together at her Malibu house.

They had “been hanging out at her place” and “getting delivery meals” while they self-isolated, a source close to the singer exclusively told PEOPLE in April 2020. Following their time together, the tech entrepreneur, investor, and philanthropist immediately became a significant part of Gaga’s life. In November 2021, she told The Hollywood Reporter, “My dogs and the man I adore are my entire life.”

So, who is Polansky, and how did he win over the “Stupid Love” singer? Michael Polansky, Lady Gaga’s boyfriend, is profiled in this article.

After The 2020 Super Bowl, Polansky made it official on Instagram with Lady Gaga

After spending Super Bowl weekend together in February 2020, Gaga and Polansky made their romance Instagram official. The singer captioned a photo of the two on a boat in Miami, saying, “We had a great time in Miami. To all of my tiny monsters and fans, thank you for being the best!”

Throughout the weekend, Polansky was seen at pre-game and commercial events to promote Gaga, who was performing at the AT&T TV Super Saturday Night show. A source told PEOPLE about the weekend, “They weren’t hesitant about showing off PDA.” “They appeared to be in love.”

He is a Harvard graduate & Entrepreneur

Polansky attended Harvard University between 2002 and 2006, according to his LinkedIn profile. He earned a bachelor’s degree in computer science and applied mathematics. Polansky is now a businessman and entrepreneur who works for a variety of NGOs and corporations.

He is most known for co-founding the Parker Foundation in 2015 with Sean Parker, co-founder of Facebook and Napster, and serving as its executive director for more than a decade. The nonprofit foundation aspires to make a positive difference in the fields of global public health, life sciences, and civic engagement.

He And Gaga Both Have A Strong Desire To Help Others

Aside from his job, Polansky is on the board of the Parker Institute for Cancer Immunotherapy, which sponsors cancer research. According to a source, he and Gaga first bonded via their “emphasis” on charity, as Gaga is enthusiastic about promoting young people’s mental health and welfare through her Born This Way Foundation.

The duo has also collaborated to benefit and generate funds for several humanitarian organizations, including Gaga’s One World: Together at Home performance. In an appearance with MSNBC’s Morning Joe, the singer also revealed that her tech-investor boyfriend is assisting her foundation in the development of an app.

“With the Born This Way Foundation, my mother, Cynthia Germanotta, and our co-founder, Maya [Enista Smith], whom I adore, are working with my, the love of my life, on something for mental health,” Gaga explained.

Later, a source told PEOPLE, “They are both dedicated workers who like collaborating on charitable projects  During the lockdown, they did not sit around and instead concentrated on where they might do good. They want to assist in any way they can.”

He Used To Date A New York Times Editor

Michael Polansky’s ex-girlfriend wrote an opinion piece for the New York Times about the time she found out her ex was dating Lady Gaga.

Prior to dating one of the world’s most famous music stars, Polansky dated Lindsay Crouse, a senior staff editor at the New York Times. Crouse penned an op-ed for the publication detailing how she found out about her ex’s relationship with the megastar.

Crouse and Polansky dated for seven years before breaking up a few years after graduating from college. They appeared to terminate their relationship on amicable terms, but he did erase her from Facebook after they split up.

“Lady Gaga is great,” she remarked of the new girlfriend of her ex-boyfriend. “Comparing yourself to her is extremely motivating, and I encourage that you try it regardless of how you feel about the guy she’s dating.”

Fans Believe He Was The Basis For The Song “Stupid Love”

Fans speculated whether Gaga’s track “Stupid Love” was inspired by her entrepreneur boyfriend after she tweeted a selfie with him on March 5, 2020. “I’ve got a STUPID love,” she captioned the photo, which was taken just a week after the release of the tune, which is about finding a lover after a long and exhausting search.

Gaga was previously engaged to Christian Carino, her talent manager, before the two called it quits in February 2019. She was formerly engaged to actor Taylor Kinney, whom she met on the production of her music video for “Yoü and I” in 2011. In June 2016, Gaga confirmed that the couple had called it quits.

He Is Gaga’s Biggest Support System

Lady Gaga sang during President Joe Biden’s inauguration in January 2021, and Polansky was there to support her. At the event, the duo was even seen kissing each other while wearing masks. A source told PEOPLE, “Gaga had a fun at the Inauguration and was in the nicest spirits.” “She’s really satisfied with Michael and appreciates his help.”

During a heist in Los Angeles, Gaga’s dog walker was shot and her two french bulldogs were taken while she was filming House of Gucci in Italy. The canines were eventually returned to Gaga, but Polansky remained her support throughout the ordeal.

“She had just arrived in Italy to film immediately before her dogs were kidnapped, and she was extremely distressed for several days,” a source close to the situation told PEOPLE. “Michael would keep her up to date.”

Polansky “would email her videos of the dogs when he got them back,” according to the insider, and “gave her flowers on the set.” “It was all really special,” the source claimed, “and you could see he means the world to her.”

They’re Not In A Hurry To Be Married

Despite her intense feelings for Polansky, a source informed PEOPLE that the singer is not in a rush to marry him. “They already act like a married couple,” the informant claimed. “When they’re together, it’s clear that Gaga adores him,” the person continued. “She always guffaws and reaches out to touch him. They have the nicest chemistry and are really affectionate.”

Polansky isn’t scared to spend a lot of money on his S.O. According to Us Weekly, he enjoys giving Gaga gifts “Things and experiences that are enjoyable “Gaga loves to be pampered and pampered, and Michael surely does that for her,” says Michael “Added the source. “He enjoys looking after her and spoiling her.”

He sent the Chromatica singer a massive floral arrangement on her birthday in March, while she was in Rome: “When your boyfriend delivers you all of Rome’s flowers on your birthday. Honey, I adore you. I’m looking forward to being at home with you and our dogs; that’s all I need “Gaga shared a photo of the flowers on Instagram with the comment “Blooms.”