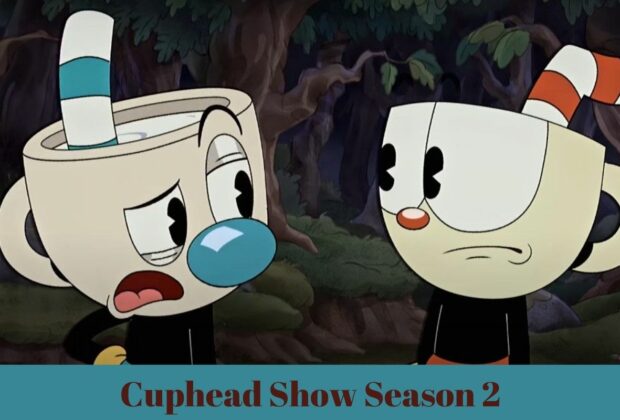 For Netflix, Dave Wasson has produced an animated musical comedic television series based on the 2017 Canadian computer game Cuphead. Executive producers include Cuphead creators Chad and Jared Moldenhauer, King Features Syndicate’s Wasson and CJ Kettler, and Cosmo Segurson, who serves as co-executive producer along with the Moldenhauer brothers.

February 18, 2022, was the date the series was released internationally, and it garnered a generally favorable reaction. Many critics complimented the aesthetics, as well as the humor and tone, just as the game it is based on. Some reviews felt it lacked in-depth substance. A date for the second season has not yet been set.

The video game’s storyline differs slightly from that of the television series. As long as Cuphead still owes the Devil his soul, he and Mugman aren’t fighting each other in the game to pay off their debts like in the first game. Cuphead’s debt to the Devil doesn’t appear to be something the Devil is willing to just forget. Cuphead’s soul debt could be the focus of Season 2, in which the brothers search for a solution.

In the first season, they had just met Ms. Chalice, the woman responsible for the brother’s imprisonment. Cuphead: The Delicious Last Course will feature her as a playable character for the first time. There is a good chance that she will play a larger role in the upcoming episodes.

There’s a lot of attention paid to the Cuphead Show’s animation, and it does not disappoint. The show’s polish pales in comparison to the game’s, but it’s still a stunning display of old and new animation techniques and technology that can hold its own against anything in the Marvel Cinematic Universe (MCU).

A rotoscope-like dance number reminiscent of the iconic 1932 Betty Boop cartoon Minnie the Moocher, as well as an entire episode paying homage to Silly Symphony’s The Skeleton Dance, all pieced together with fantasmagorical imagery and stereoscopic shots using live-action miniatures with 2D animated characters to create an eerie atmosphere.

A little more restraint is applied to the ’30s cartoons, but its “rubber hose” style of animation is still evident in how noodle-limbed characters express their emotions. Cuphead Show is a love letter to animation, whether you’re a lover of Fleischer cartoons, or even series inspired by them like Ren & Stimpy, Animaniacs, or SpongeBob — and even if you’re completely new to the genre, it still offers plenty of chuckles, unique characters, and wonderful imagery.

A native of the city of London, Luke Millington-Drake is a British-American actor, writer, and improviser. He trained at RADA and LAMDA in London and has acted with a variety of theatre companies, from Shakespeare to musicals, before making the journey across the pond.

An American voice actress, comedian, and singer, Grey DeLisle is also known as Grey Griffin. DeLisle is well-known for a wide range of roles in both animation and videogame projects. Her first comedy special, titled “My First Comedy Special,” was released on September 27th.

Wayne Alphonso Brady is an American comedian, actor, and singer who has been on television and on the big screen. On the American version of Whose Line Is It Anyway? he is a regular cast member.

The first episode of the show is scheduled to air in the summer of 2022. This is planned to coincide with the debut of the video game expansion on June 30, 2022, which is scheduled to take place at that time.

A preview teaser has been released for “The Cuphead Show,” a forthcoming original comedy on Netflix. Frank Todaro will portray the role of Mugman in the series.

Lauren Boebert Net Worth: What She Achieved In 2022?