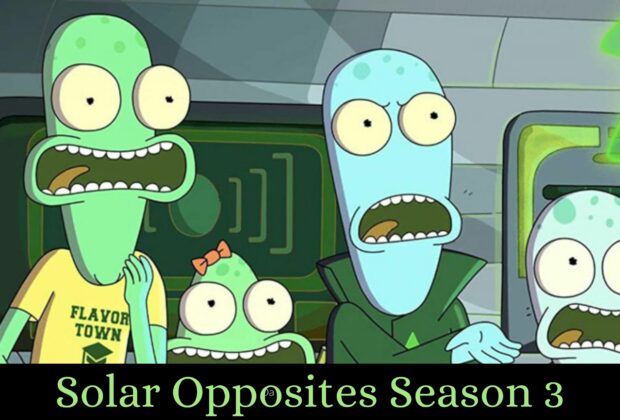 Solar Opposites Season 3: Justin Roiland is best known for his work on “Rick and Morty,” but it doesn’t mean we shouldn’t pay attention to his other endeavours. “Solar Opposites” has found its own degree of success streaming on Hulu, despite not inspiring Mcdonald’s to revive a long-dead dipping sauce or spawning an endless stream of pickle-themed jokes.

Even though the series’ second season ended in March, it was clear that Roiland and his team weren’t done with it yet. Hulu has already announced that “Solar Opposites” will be returning. While Hulu hasn’t announced much about Season 3’s plot or actors, the “Solar Opposites” Twitter feed has confirmed the show’s premiere date.

So, while Season 3 is still shrouded in mystery, fans may be confident that it will arrive sooner than they expect.  Until then, all we can do is look back over Season 2 for clues as to what will happen in the following episodes. Without further ado, here’s all we know about Season 3 of “Solar Opposites.” 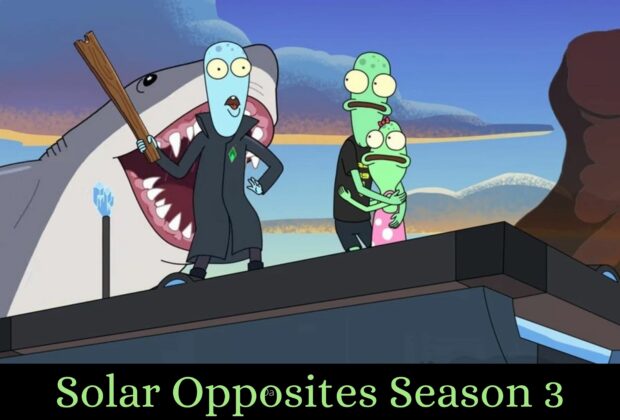 By the time Season 2 ended, fans had undoubtedly surmised that “Solar Opposites” would get a third season. When they all transform into trees in the final episode, Korvo nearly says so. But, in the end of the day, nothing is truly confirmed unless Hulu approves it. And, thankfully, it appears that day has arrived.

On May 16, the official “Solar Opposites” Twitter feed tweeted a brief video verifying and announcing the Season 3 release date. “Solar Opposites” Season 3 will launch on Hulu on July 13, according to the trailer, which only shows the (now blue) Pupa cautiously peering around in front of The Wall. It’s expected that, like the previous two seasons, all of the episodes would be released at the same time rather than on a weekly basis.

Fans will, however, get more of what they want this time around. Season 3 of “Solar Opposites,” according to The Hollywood Reporter, will be 12 episodes long, rather than the eight-episode runs of Seasons 1 and 2. That’s something that fans will undoubtedly support. 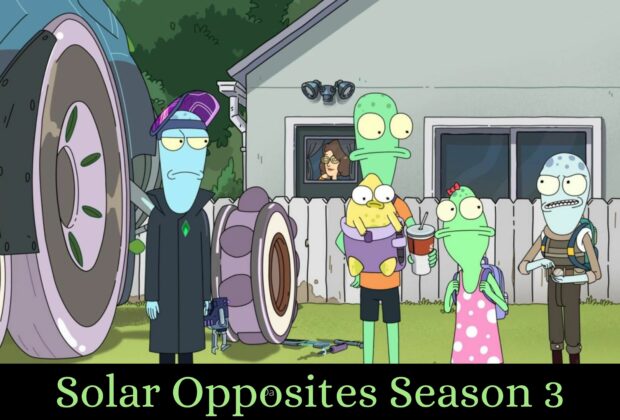 Season 2 of “Solar Opposites” gave fans a lot of new information about our favourite Schlorpian family. We eventually see the initial phases of the Pupa’s terraformation process in the season’s last episode. The Schlorpians spend the most of the episode trying to reach existential fulfilment before they spontaneously die at midnight, knowing that they are due to die so that the Pupa can devour them and evolve.

We learn seconds later that Schlorpians reincarnate as trees once they die. The Schlorpians have returned to their regular shapes by the time of the “Very Solar Holiday Opposites Special.” And, while the Pupa is one step closer to terraforming and changing the Earth into a new Planet Schlorp, the family still has plenty of time for more crazy adventures. The residents of the Wall will have more leisure to engage in their nasty rivalries.

Cherie has returned to The Wall after giving birth to her baby Pezlie inside of a Pez container. She and Halk, on the other hand, intend to overthrow Tim after realising that he has devolved into yet another corrupt despot. However, how the two plan to accomplish this remains a mystery, which will hopefully be answered when Season 3 arrives.

Who is in the cast Of Solar Opposites Season 3? 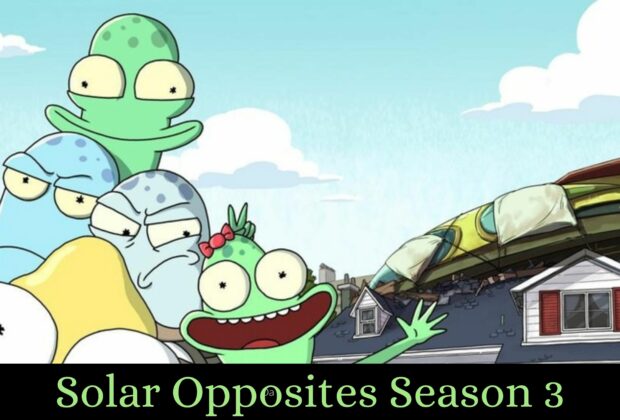 By the time of the “Very Solar Holiday Opposites Special,” the Schlorpians had restored to their normal shapes. And, while the Pupa family is one step closer to terraforming the Earth and transforming it into a new Planet Schlorp, there’s still time for more zany adventures. Residents of the Wall will have more time to engage in savage rivalries.

When it comes to characters from The Wall, the same can be stated. Tim (Andy Daly), Cherie (Christina Hendricks), and Halk (Sterling K. Brown) are still alive and well in The Wall. However, as Yumyulack continues to diminish hapless humanity on a whim, each season has added new faces to The Wall. It wouldn’t surprise me if that side of the cast expands as the season progresses.

Hulu, on the other hand, hasn’t said whether or not the show would feature new characters. Because the Pupa is the only character seen in the Twitter tweet announcing the upcoming season’s release date, it’s probable that we won’t hear about any new characters until they appear in “Solar Opposites” Season 3.

Cherie has returned to The Wall after giving birth inside a Pez container to her kid Pezlie. She and Halk, on the other hand, plan to depose Tim after discovering that he has become yet another corrupt ruler. However, how the two plan to do so remains a mystery, which will presumably be solved when Season 3 arrives.

While a full trailer for “Solar Opposites” season 3 has yet to be released, a teaser has been released that shows the Pupa who would grow up to kill the planet with a knife. With a release date established for this summer, we’ll almost certainly get a full-length trailer sooner rather than later. Apart from that, we’ve provided the show’s official synopsis, which you can read below.