Finally released, Stranger Things 4 Volume One has all the drama we could have hoped for. The consistently well-liked Netflix series forewarned viewers that season four’s new antagonist Vecna would heavily push toward horror. And given the horrific deaths, we have witnessed thus far, that is undoubtedly the case. The bizarre thing is that it already feels like this is only the start of the bloodbath this season. There is a lot of death in Hawkins and elsewhere. So, in Stranger Things 4, who passes away? Let’s discuss it.

The queen of Hawkins High, Chrissy Cunningham, suffers the redshirt treatment in episode one. She seemed to have it all as a cheerful cheerleader dating the basketball team’s captain, Jason. But it doesn’t take long for us to realize that Chrissy is involved in a diabolical plot. Vecna uses the fact that her mother is verbally abusive against her to bring up old wounds. 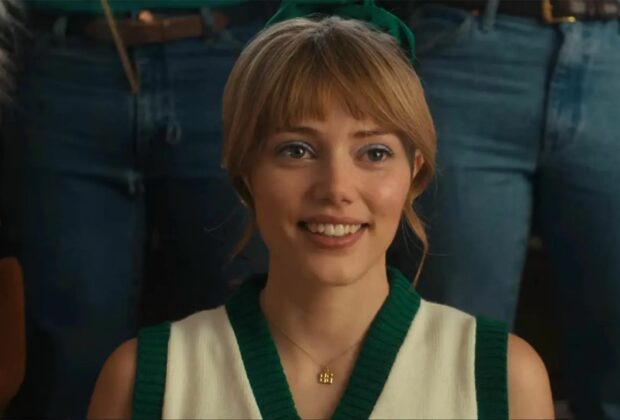 Because of these terrifying visions, she seeks out Eddie Munson, the founder of the Hellfire Club, to obtain medicines that will ostensibly help her feel better. Chrissy visits Eddie’s home, and their connection stops there. Vecna pursues her, hypnotizing her, raising her off the ground, and, in front of Eddie, gruesomely shattering her bones and swallowing her eyes into her skull. Yikes. In Stranger Things 4, Chrissy’s passing sets off a series of events that send Eddie running and send the Hawkins team on an exciting investigation.

Chrissy had little on-screen time, yet she left a lasting impression on viewers. After their entertaining and, quite frankly, adorable session in the woods, many people shipped her with Eddie. And the Duffer Brothers themselves now acknowledge that perhaps—just perhaps—they were a tad hasty in killing her off in a recent TV Line interview. Usually, hindsight is 20/20, right?

What have we done? moments happen frequently, according to Matt Duffer. The quote-unquote drug trade sequence in the woods was filmed rather late in the shooting process. “We had already slain Chrissy when we shot that,” Ross Duffer continues.

We understand that it’s entirely normal to shoot a show out of order. But we’ll never stop speculating about Chrissy and Eddie. 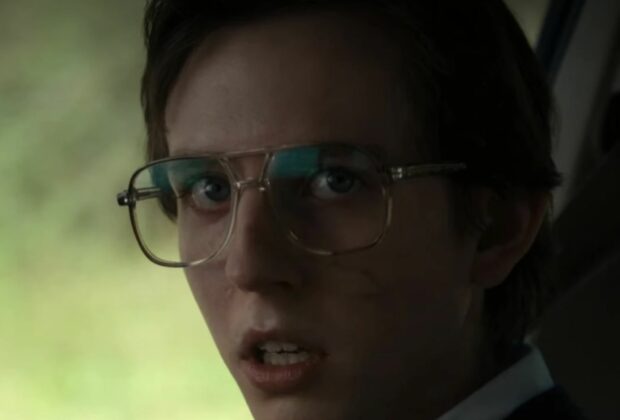 In Stranger Things 4, Nancy’s high school newspaper colleague Fred is the next victim. She goes with the nerdy guy who obviously has feelings for Nance to look into Chrissy’s death. Well, he ends himself walking right into his own death.

Like Chrissy, Fred too has a dark side to him that Vecna exploits. He was at fault for a tragic auto accident, and now he starts having visions and hearing voices that make him feel guilty. Fred is drawn to a nearby road while Nancy wanders off to do her thing. Under the black wizard’s potent spell, he passes away in the same horrifying manner, with bones breaking and flesh squelching. Another adolescent perishes.

While El is away at trauma superhero camp, Will, Mike, and Jonathan are under the protection of two officers, one of whom is Harmon. He upholds his part of the bargain by providing cover fire that allows them to flee in Argyle’s pizza delivery truck.

Harmon is loaded into the van, but he tragically bleeds out and passes away. He does however provide them with information that launches their own investigation and attempt to get El. Harmon showed up to die because someone had to step up for the squad. 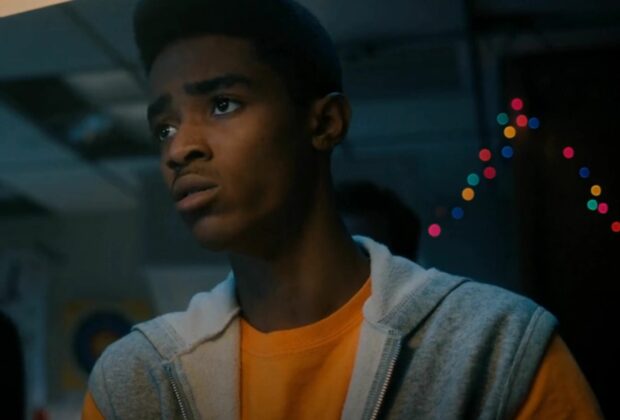 Another teen dies in Stranger Things 4—Luke’s new basketball buddy. But as he levitates just before passing away, we are unable to explore his last thoughts. The passing of Patrick in front of Jason pushes him over the edge. And now everyone in Hawkins believes the Hellfire Club is a demonic cult that is home to Eddie, a serial killer. Satanic Panic was not a part of the glory that the 1980s may have had.

Indeed, episode seven provided us a lot in its lengthy (like a movie) running time. The long-awaited meeting of Joyce and Hopper happened at last. However, it didn’t happen without a tonne of deaths. The infiltration strategy devised by Joyce and Murray succeeds admirably, but they soon realize that Hopper is actually in danger.

As in a situation where a Demogorgon is about to devour him and several other guys. Hopper and Enzo escape unscathed, but the most of those unlucky men end up as monster food in the Upside Down. I apologise to the men.

The Shocking Murders at Hawkins Lab

Because episode seven is named “The Hawkins Lab Massacre,” we knew that there would be some murderous events taking place there. In the season premiere of Stranger Things 4 Volume One, we are shown who perishes in what we believe to be Eleven’s murderous spree. Dr. Ellis, lab staff, and nearly all of the numbered youngsters pass away.

Dr. Brenner escapes unharmed (sad face) and meets Eleven, whose eyes are covered in blood. However, episode seven makes clear what actually transpired. It seems that the enigmatic orderly in all white was the legendary One.

He is also Victor Creel’s extremely nasty son. And yes… El “kills” One just to unlock a door to the Upside Down, where he transforms into Vecna as we know him. But since he’s plainly still alive, we won’t count it in this case. It seems like Eleven and One/Vecna will engage in a fierce fight in Volume Two.

Nancy is left in the most dangerous situation in episode seven. Fortunately, we only need to wait around a month to find out whether Nancy passes away in Stranger Things 4. Nancy is ensnared by Vecna’s magic while Eleven learns that she is, in fact, a hero and not a monster. For some reason, he makes his identity and goals known to her.

And typically, a bad guy does it just before trying to murder someone. Get headphones and music for Nancy right away. In all honesty, it seems quite improbable that no one from the core crew has perished. And Stranger Things can’t keep dangling the possibility of death in front of us only to quickly back away from it.

Eleven from season one, Hopper from season three, and Max and Steve from this season gave us that. Although I adore them, I need to go out with someone else. Nancy is a good possibility as well. She underwent a remarkable redemptive journey from being a self-centered high school student struggling with Barb guilt to becoming a fierce heroine. Although it would break our hearts, this is how things are in these terrifying streets.