The Internal Revenue Service just released information on the 2022 tax filing season. This was calculated based on tax returns that were submitted for the tax year 2021.

According to IRS data from April 22, 2022, the average tax refund was 4.9 percent greater this year as compared to the previous year, according to the IRS. Perhaps the reason for this is the use of stimulus funds. 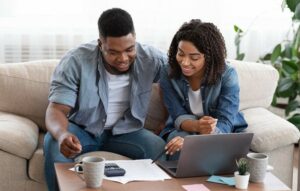 The reason behind this is as follows.

Tax refunds have most certainly increased as a result of stimulus payments.
According to the Internal Revenue Service, the average refund in 2021 will be $2,870. In 2022, the average refund, on the other hand, will grow to $3,012.

This represents a 4.9 percent increase in the amount of money that the Internal Revenue Service is returning to taxpayers. These refunds are usually put immediately into the bank accounts of taxpayers or sent to them via the postal service.

According to the most plausible explanation, millions of people have unclaimed stimulus funds from 2021, which is why Americans are receiving more money from the IRS this year. For example, the American Rescue Plan Act was passed by the Biden administration last year. It has made a number of direct payments to Americans, including the following:

A check for $1,400 per adult and eligible dependent is provided.

Child Tax Credit worth $3,600 per eligible child under the age of six, and $3,000 for older children, has been increased.

The $1,400 stimulus payments were arranged in such a way that the vast majority of recipients received all the money placed into their accounts or delivered to them last year, as well as half of the increased Child Tax Credit, which was implemented in 2011.

People who added dependents in 2021, whose income changed to make them eligible when they weren’t previously qualified, or who hadn’t given the IRS recent tax returns, on the other hand, were less likely to get any of these payments.

Anyone who is ineligible for the money might claim it by filing a 2021 tax return during the 2022 tax filing season and submitting it to the IRS. Furthermore, all qualifying parents were allowed to claim the remaining half of their enhanced Child Tax Credit, which was not provided to them last year.

Due to the fact that many persons were able to claim payments of $1,400 per eligible person in their home, and that many others were eligible to claim at least half of the enlarged tax credit, it is not surprising that tax refunds were greater than this year than in previous years.

Are you eligible for additional funds from the Internal Revenue Service?

If you didn’t file a tax return this year but still owe money, it’s not too late to file a refund claim. You can still submit a 1040 form to the Internal Revenue Service to request that the IRS send you the money that you deserve.