Orlando has a plethora of theme parks to choose from! The question is, can you guess which one was recently awarded the greatest in the nation?

Check out the theme parks in your area if you’d like to arrange a vacation. If you’re trying to decide which of the several prospective locations to include on your bucket list, we’ve got some good news to share! 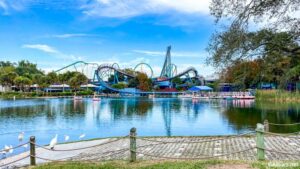 The ten best theme parks in North America, according to a new rating by USA Today, are all located in the United States and Canada. Even though an Orlando theme park took the top spot, it’s not the one you’d anticipate.

Congratulations to SeaWorld Orlando, which has been named the best theme park in the world!

However, USA Today’s Top 10 Theme Parks list did not include any Disney or Universal theme parks this year. No Universal Studios park made the top 10 last year either, and the only Disney park to do so was Magic Kingdom, which came in at number nine.

The following is a complete list of the top ten Best Theme Park award recipients for 2022:

Did Amber Heard audition for aquaman?