It’s easy to see why two of Utah’s most essential Democrats might have thought their party had no chance of beating Republican Mike Lee, who has been in the Senate for two terms, in the 2022 election. Why they got the rest of their party to drop out of that race and back Evan McMullin instead, who was running as an independent.

In 2018, Republican Mitt Romney beat Democrat Jenny Wilson, the mayor of Salt Lake County at the time. (She probably would have done at least a little better if long-time Republican incumbent Sen. Orrin Hatch, who may have been past his sell-by date at the time, hadn’t stepped aside for Romney.) Her predecessor as mayor, Democrat Ben McAdams, was narrowly elected to the U.S. House of Representatives in 2018. He only served one term before losing a close race to Republican Burgess Owens in 2020.

So they concluded that Utah is not a place for old Democrats. Or children. At least not in a race for all of the state.

Wilson and McAdams said that the primary goal of Utah Democrats was to get rid of Trump’s lapdog Lee and that anything that helped reach that goal was the right thing to do. McMullin’s challenge was already well underway, and the idea was that a three-way race would have only helped Lee’s chances. People thought that if likely Democratic nominee Kael Weston had been on the ballot with Lee and McMullin, Weston and McMullin would have split any votes against Lee, making it easy for the incumbent to stay in office.

But after a series of polls showed that the race was close, Lee got 55% of the statewide vote. He seems likely to keep that Senate seat as long as he can sit up and eat. Or until he is put on the U.S. Supreme Court by a Republican president.

The thing about elections, and many other things in life, is that once you make a decision, you can’t go back and try something else to see how it would have turned out.

Dennis Should Be Discussed.

But let me tell you about my cousin Dennis as a thought experiment.

Dennis Pyle is a state senator in Kansas. A member of that body who is very, very conservative. (I guess genes aren’t everything. He is also technically a second cousin.)

After arguing with the Republican leadership about how to gerrymander that state’s congressional districts and how to handle a failed attempt to add an anti-abortion amendment to the Kansas Constitution, he was kicked off his committees, stopped being a Republican, and ran for governor as an independent. My counterpart at The Kansas City Star says it was primarily out of spite.

After most of the dust settled, Laura Kelley, the Democratic governor of Kansas, was reelected with just a bit less than 50% of the vote. Kelley was widely seen as one of the most vulnerable incumbents in the country. Kansas Attorney General Derek Schmidt, a Republican who ran against her, got about 47% of the vote. And Cousin Dennis got 2% of the vote.

Earlier in the week, it seemed like Schmidt would have won if all of Pyle’s votes had gone to him. As more votes were counted, Kelley’s lead grew just enough to keep Dennis from being a complete spoiler. Even though it’s impossible to know how things would have gone if it had been a straight head-to-head race.

Kansas is about as conservative as Utah, but three of the last nine governors were women, and five were Democrats. When I covered politics in the Sunflower State, it seemed like many races came down to Smart Mom vs. Dumb Dad, and Smart Mom usually won.

One of these Kansas Moms was Kathleen Sebelius, elected governor twice and later became Barack Obama’s secretary of health and human services. Kathleen Sebelius is the only other person I know who has been on the cover of The New Yorker. This happened because of a cartoon about how Obama and Sebelius had difficulty getting the healthcare.gov website up and running.

So, the it-could-have-been question for Utah Democrats is whether or not the split would have been different if they had put all their resources behind Weston and probably helped their other candidates up and down the ticket. Instead of Weston and McMullin splitting the votes against Lee, would Lee and McMullin have split the votes of conservatives and made it easier for Weston to win?

I don’t think so. Not this year, at least. 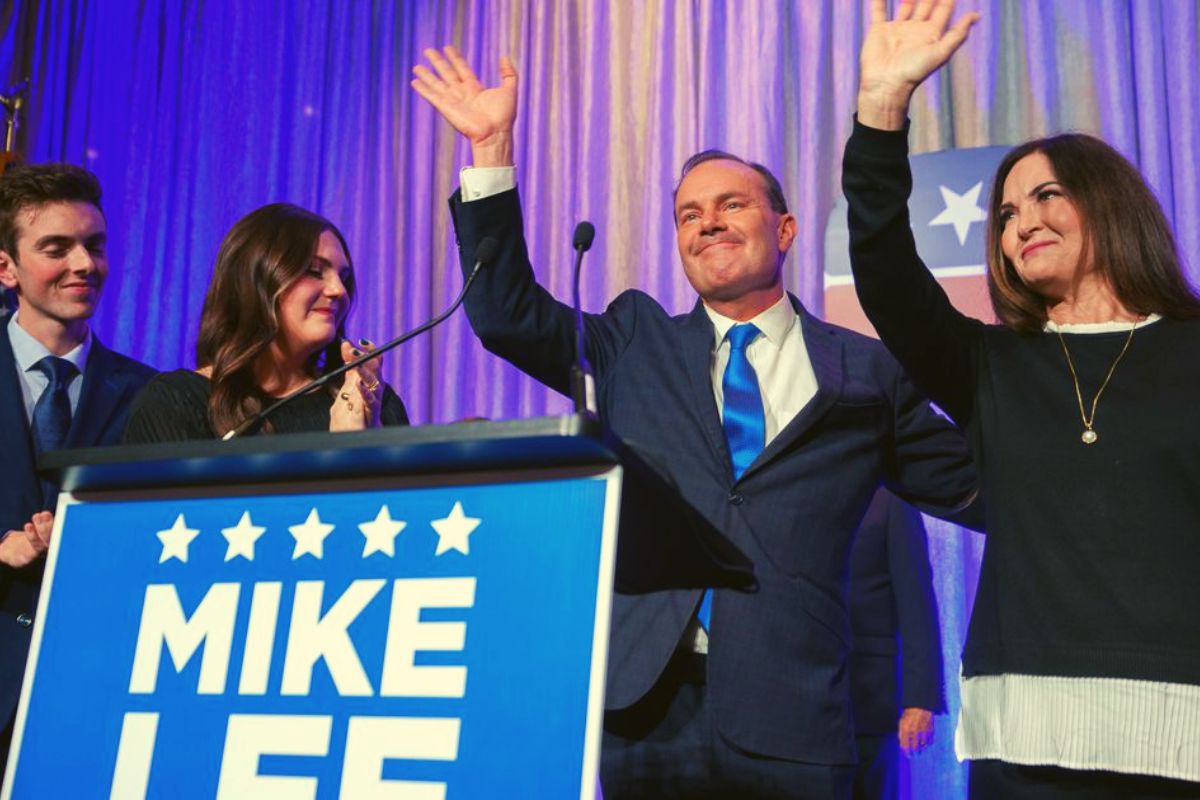 Another Year of Rigging the Vote

I did the math again, which is something I do every two years. If you add up all the votes for Democratic candidates for seats in the U.S. House of Representatives cast by voters in Salt Lake County, they have more votes than the Republicans.

This year, about 135,000 votes to 127,000 favour the Democrats. And that’s with all four Republican incumbents in the House having a lot of money and all four Democratic incumbents being broke and having a name recognition just above zero.

But Salt Lake County is split between all four congressional districts, which is a severe and dishonest form of gerrymandering, so the majority doesn’t mean anything.

The Republicans’ reason for breaking up the state’s most populous and liberal county in a way that violates the Constitution is that they like having both cities and rural areas in all four congressional districts. This way, cities and less populated areas will have a voice in Congress.

But the only real reason to give Salt Lake County to four members of Congress is to get four times as much federal money for things like highways and public transportation.

Fine. But it means that all the people in Salt Lake County with pride flags, Black Lives Matter signs, and “We Support Bears Ears” signs in their yards will have no voice in Congress. They give us money if we don’t care about our beliefs. Of course.