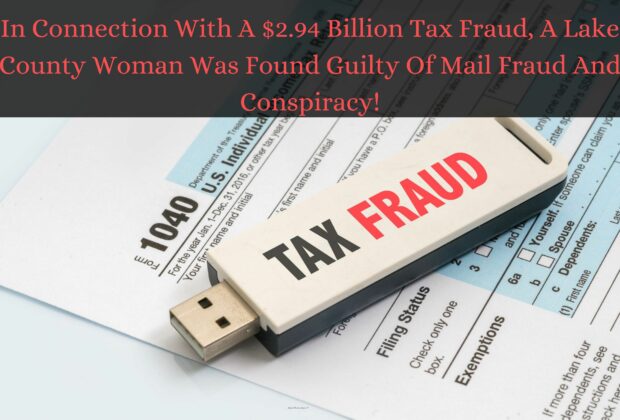 FL Ocala – Joyce O. Isagba has been found guilty on three counts of mail fraud and one count of conspiring to defraud the United States of claims, according to the announcement made by United States Attorney Roger B. Handberg. The maximum sentence for her offence is 70 years in federal prison. On May 27, 2020, a grand jury indicted Isagba and her husband, David. On March 29, 2022, David Isagba entered a guilty plea.

The Isagbas allegedly filed 227 fake tax forms with the IRS between 2009 and 2019, fraudulently claiming to be entitled to more than $2.94 billion in tax refunds on behalf of fictitious trusts, according to testimony and evidence produced at trial. As a result of their fraudulent scam, the Isagbas ultimately earned $5,815,723.65 from the IRS.

Still haven’t filed an #IRS tax return? Don’t wait! Even if you requested an extension, file electronically and choose direct deposit as soon as you’re ready. Check out why at https://t.co/6JxYmv4VfU pic.twitter.com/rm4pWmZktl

Joyce Isagba bought a house with her share of the funds. The day after receiving an IRS return cheque for $462,000 that had been unlawfully obtained, she signed a contract to buy the house. With the money from the deception, the Isagbas also bought a number of high-end cars and lived a life of luxury.

The Internal Revenue Service’s Criminal Investigation looked into this situation. Assistant United States Attorneys William S. Hamilton and Hannah Nowalk are in charge of the prosecution.