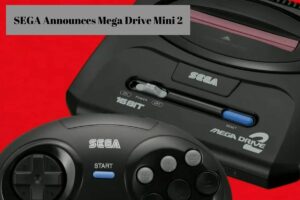 Sega, Nintendo, and Sony have released smaller copies of vintage consoles in recent years to make old games and consoles more accessible to consumers for a premium price. While the NES Classic Mini was plagued by supply shortages and scalping, and the PlayStation Classic’s emulation failed to impress many gamers, Sega’s Mega Drive Mini stayed in Japan and sold well enough to prompt the company to launch a Mega Drive Mini 2.

Given how well the first Mega Drive Mini sold, it’s reasonable that Sega would develop a sequel. In less than a year, the small console sold over 1.5 million units worldwide. Depending on the country the console was marketed in, different games were included in some versions.

This new small console is rumored to include around 50 titles from the Mega Drive and Sega CD consoles, as well as several arcade games and a hint that a “mystery new title” will be included. Some titles were shown and demonstrated to spectators during the Livestream of the event. A list of these titles can be seen below.

These games make up only 11 of the “over 50” games included with the Mega Drive Mini 2, which may delight aficionados given how obscure many of the games are. The presenters also made a point of mentioning that Sonic CD comes with both an American and a Japanese soundtrack, which could be a minor clue that the Mega Drive Mini 2, like the first, will be available internationally, albeit with different games.

If this isn’t the case, those who want to acquire this little console will have to look into importing it from Japan. The gadget comes with Sega CD-themed accessories, as well as small cartridges and discs, to make it look like the original integrated system. Fans will have to pay 9980 yen, which translates to $76.71 USD after conversion.