Slow Horses Season 2, a British spy drama on Apple TV+, will release its second season this Christmas season. The once disgraced MI5 agents who were sent to the Slough House for a career doomed to failure were able to rehabilitate themselves and establish their value as spies in Season 1. And now, when some long-forgotten Cold War secrets resurface and hint at a catastrophe that might envelop the United Kingdom, the gang is coming back together once again to stop another menace.

The Slough House book series by British author Mick Herron served as the inspiration for the series. The first season was adapted from the first novel in the series, Slow Horses, while the second season is based on the 2013 sequel, Dead Lion, of the same series. After the April 2022 debut of the first season, Slow Horses received approval in June 2022 for not just a second season but also a third and fourth season.

The third and fourth seasons, which also correspond to the sequence of the books, are reported to be based on the books Real Tigers and Spook Street, respectively. The Slough Housers may not be as stupid as they first appeared, and Jackson Lamb’s group won’t be leaving anytime soon.

Jeremy Lovering, who is best known for most recently helming the 2021 Netflix series The One, is a new director for Slow Horses Season 2. If you watched Slow Horses’ first season and enjoyed it, you undoubtedly anticipate its second season as well. And if you haven’t, you can watch the previous season right now on Apple TV+. Check out Slow Horses Season 2’s release date, storyline, trailer, and other information while you wait.

When Will Slow Horses Season 2 be Released?

The second season of Slow Horses will debut on Friday, December 2, 2022, only on Apple TV+. 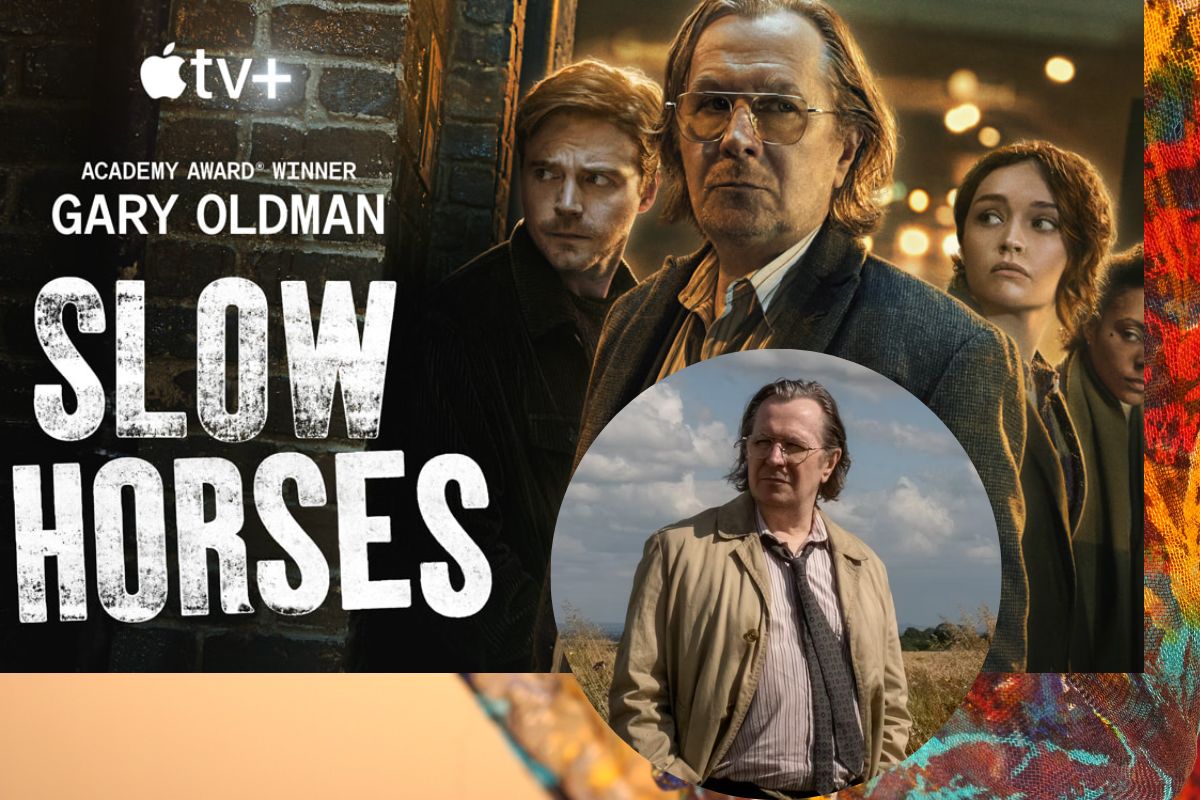 If we were to summarise the second season of Slow Horses’ storyline, it would be Cartwright’s voiceover announcing that “more people are going to die,” which is also the central theme of the trailer’s formal release in October.

This ominous assertion should be enough to warn you that the tense spy series’ upcoming season will feature more bloodshed and fatalities. The storyline from season two continues to have the same tone and vibe as in season one. Intense drama, high-octane action, and the threat of a global conspiracy from hostile nations are all present once more. Old man Lamb’s trademark black humour is also present, though it hasn’t yet rubbed off on his squad.

Despite being shamed by their organisation and government, they all share the same end goal, which is to save the day and prove their value to MI5. The Slow Horses Season 2 teaser also indicates a high-level treason plan, which could be difficult for the Slough House team to solve and confront because their lives, as well as their professions, are on the line.

We predicted that this contemporary spy thriller series had potential when it debuted in April 2022, and the second season trailer confirms our prediction. You can be sure that the upcoming season will be fascinating if the advertisements are any indication of how it will pan out.

How Many Episodes Are in Season 2 of Slow Horses?

The second season of Slow Horses comprises six episodes overall and maintains the first season’s episode structure. The first two episodes will air simultaneously on December 2, 2022, the day of the launch. After that, every new episode will air every Friday exclusively on Apple TV+. Below are all the details that have been made public so far concerning Slow Horses Season 2’s episodes:

Who Is In The Slow Horses Season 2?

For Slow Horses Season 2, the main characters and a few recurrent ones from the previous season will return. The leading actors in the supporting cast are BAFTA Scotland Award winner Jack Lowden as River Cartwright, the aspiring new employee at Slough House, Academy Award nominee Kristin Scott Thomas as Diana Taverner, the Deputy Director-General of MI5, and Academy Award winner Gary Oldman as Jackson Lamb, the slovenly head of Slough House.

Saskia Reeves as Catherine Standish, Rosalind Eleazar as Louisa Guy, Dustin Demri-Burns as Min Harper, Christopher Chung as Roddy Ho, Freddie Fox as James Webb, Chris Reilly as Nick Duffy, and Samuel West as MP Peter Judd are among the other cast members who are back for the second season. In a variety of roles, Aimee-Ffion Edwards, Kadiff Kirwan, and Jonathan Pryce—a nominee for an Academy Award—are also present.

The second season of Slow Horses picks up where the first one left off. The first season’s climax featured an explosive conclusion, as Lamb and his team eventually succeeded in regaining their status as trustworthy operatives and attracting the attention of their MI5 superiors.

As is his inclination, Jackson Lamb appears content to return to his previous, boring routine and encourages his other agents to do the same. However, it seems that trouble has a tendency of creeping into Slough House and stirring things up once more. Even the agents were getting impatient because they had experienced how satisfying it was to complete challenging missions.

As a result, Slough Housers fear for the safety of London and potentially the rest of the world when certain long-buried Cold War secrets are revealed and a group of Russian sleeper operatives are reactivated. Now they have to get back into the game and work against the clock to avert a big tragedy.

If you follow lakecountyfloridenews.com, you’ll be informed as soon as any new information becomes available. If you enjoy reading articles like the one you’re now seeing, you may want to subscribe to the updates we give.