According to a UVA Victims Shooting family friend who spoke to CNN on Thursday, University of Virginia football player Michael Hollins, who was critically hurt in the mass shooting on Sunday, was moved from the hospital’s intensive care unit and was taken off intubation.

Mike is doing better today, according to Gipson. He is receiving intermediate care and is making good progress. Hopefully, today will see him start to move.” A day earlier, Hollins’ family requested the community’s prayers and reported that he had undergone two successful surgeries.

“We would want to begin by giving thanks to God for His grace, which has brought our family through this horrible catastrophe. Mike underwent two procedures successfully in the last 48 hours. We want to thank his medical staff at the University of Virginia Hospital. According to the statement, Mike will start the drawn-out recovery process in the coming days and weeks.

It will take time for Mike to begin his journey toward physical, emotional, and spiritual restoration. Please continue to give him room to heal while respecting his privacy.

The news regarding Hollins’ condition came days after authorities reported that a student shot and killed three other UVA football players, Devin Chandler, Lavel Davis Jr., and DeSean Perry, while injuring two other students on a bus that was returning to campus from a field trip.

Police are still investigating the facts behind the incident that rocked the Charlottesville neighbourhood. Additionally, on Thursday, university administrators asked for an impartial investigation into the shooting.

UVA President Jim Ryan and University Rector Whitt Clement requested the appointment of “outside special counsel with expertise… to conduct an independent review of the University’s response to the shooting, as well as the efforts the University undertook in the period before the tragedy” in a letter to Attorney General Jason Miyares.

Miyares declared on Thursday that his office would start an outside investigation into the circumstances surrounding the shooting. His spokesman, Victoria LaCivita, stated that the AG’s office would hire special counsel to help with the task.

At the right time, a public report will be distributed to students, families, the greater UVA community, and elected leaders, according to LaCivita. “The Attorney General will move with deliberate haste while making sure that all essential resources continue to be allocated to the criminal investigation being conducted by state and municipal authorities,”

According to the gun store that handled the sales, the suspect, Christopher Darnell Jones Jr., 22, legally bought two firearms after being prohibited from doing so years ago. According to Dance’s Sporting Goods owner Marlon Dance, he attempted to purchase a gun in 2018 and 2021, but neither of the sales or transfers was accomplished.

Jones failed a background check when attempting to purchase a rifle in 2021 owing to a pending criminal charge while under the legal buying age of 21 in 2018 for buying a handgun.

Although it is unknown if any of the guns Jones bought this year were used in the shooting on Sunday, the police have confirmed that a previous ban on his ability to purchase firearms because of an unresolved legal situation in 2021 has been lifted.

According to Virginia State Police spokesman Corinne Geller, a charge Jones was facing “was downgraded to a misdemeanour by the court in October 2021, thereby removing the prohibition against future purchases.” 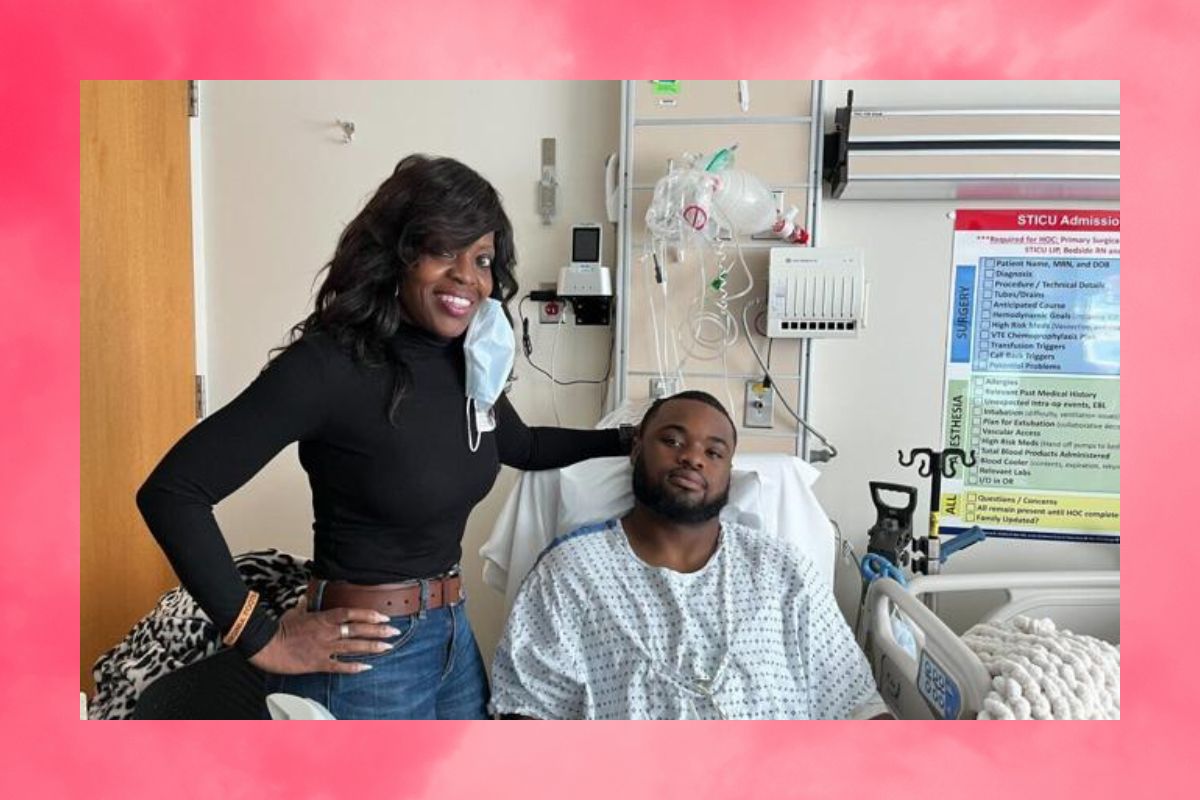 Before the incident, Jones was also the focus of a gun-related investigation by the university’s judicial council. According to university spokesman Brian Coy, a student said Jones “made a reference to him about carrying a gun” in that investigation.

Jones’ case was elevated for additional examination and potential disciplinary action because he “repeatedly failed to cooperate with University officials,” according to Coy.

Jones was ordered to remain in custody without bond following his initial court appearance on Wednesday. According to online records, his next court date will be in December, and he is still being held at the Albemarle-Charlottesville Regional Jail, according to Jim Hingeley, the Commonwealth’s Attorney for Albemarle County.

When the Gunfire Began

Ryan Lynch, a student, told CNN affiliate KYW-TV that Jones pushed one of the victims while she was on the bus where the shooting occurred.

Lynch added, “Chris stood up and pushed Level.” He said, “You guys are always messing with me,” after he was shoved. They didn’t speak to him the entire time, so whatever they said was quite unusual. Lynch then reported hearing gunfire to KYW.

She remarked, “They simply kept coming, more and more gunshots.” We believed he would open fire on the entire busload. Lynch, meanwhile, claimed that “the gunman just kind of strolled or skipped off the bus.”

At his court appearance on Wednesday, Hingeley said that Devin Chandler, one of the three people killed, was shot while dozing off.

Following a campus lockdown and a search for the alleged shooter, Jones was found driving a car and was taken into custody by police on Monday in Henrico County, roughly 80 miles east of Charlottesville.

Many People Feel the Loss of 3 Slain

During a candlelight memorial held on campus Monday night to remember Perry, Davis, and Chandler, students, faculty members, and the general public attended.

Tony Elliott, the head coach of the Cavaliers, said of the three, “We are all blessed to have them be a part of our lives.” They were incredible representatives of our programme, university, and community. They touched us, encouraged us, and worked tremendously hard.

Elliott said at a news conference on Tuesday that Davis was regarded as a gentle giant whose grin would brighten the room. Elliott continued, “It resonated how much he loved his teammates and would do everything for them.

Perry’s high school football coach, Earl Sims, Jr., referred to Perry on Wednesday as “like a son,” calling him “a delightful, courteous, industrious kid who was one of the best overall young men our community’s had to offer.” Perry “made his family proud through his religion and good deeds,” according to a statement from Perry’s family.

The love he had for his family, friends, and community was demonstrated time and time again via his genuine dedication. Football and art were his passions. We sincerely appreciate everyone’s love and support that has been shown to us. They said we would continue to pray for the families of the additional victims of this horrific event.

Former high school coach Adam Sykes said Chandler frequently placed others before himself and “simply wanted to make those around him as happy as he was.” Even when his father passed away in the middle of the season during his junior year, he came to me and said, “Coach, I want to play this week. My father would like me to participate this week. Always considering others was his defining quality, according to Sykes.

The Cavaliers’ scheduled matchup with Coastal Carolina on Saturday has been postponed. A memorial ceremony will be held on Saturday in the early afternoon at Charlottesville’s John Paul Jones Arena.