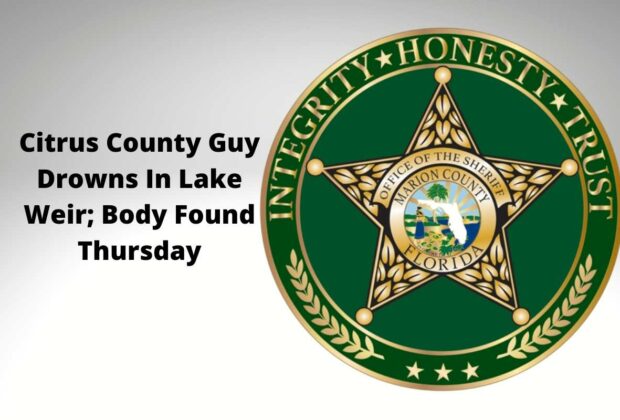 A boat vacation for a guy from Citrus County ended tragically on Tuesday when he and two kids went for a swim off their boat, and the dad perished. Three juveniles—two who were in the water, and one who remained in the boat—were uninjured. Joseph Evan Cruz, 32, of Citrus Springs, had been missing for two days when the Marion County Sheriff’s Office underwater recovery team, with the aid of the deputies’ aviation unit, located him at around 7:15 a.m. on Thursday.

The sheriff’s office stated on its website that “unfortunately, the man was already dead upon discovery.”
The guy and the three kids were boating on Lake Weir on Tuesday, according to the Marion County Sheriff’s Office. The organization reported receiving a call for assistance at around 2:30 p.m. regarding a boat that was drifting and one missing boater.

Cruz and two kids made the decision to get off the boat and go swimming while on the vacation in the middle of the lake. Only one kid stayed in the boat. The boat drifted away from the swimmers, and one child swam to collect it and return for the two who were still in the water, the agency said. “Cruz was gone when I got back to the swimming area. According to the agency, the incident is being looked at as a potential drowning.

Rescue personnel started looking as soon as they learned about the missing man. The MCSO claimed that its aviation unit, marine unit, and underwater recovery team “searched for the missing guy without results throughout the (Tuesday) afternoon and night.”