“Eyes Wide Shut,” Stanley Kubrick’s last movie, is loosely based on Arthur Schnitzler’s short story “Traumnovelle (Dream Story)” and moves the story from Vienna in the early 1900s to Greenwich Village in the late 1990s. Kubrick was known for his long days of filming and the games he played with actors’ minds to get the best performances out of them. Vanity Fair says that Kubrick’s “theory was that once his actors were so tired that they forgot about the cameras, they could start over and find something that neither he nor they expected.” Kubrick tested this idea with Nicole Kidman and Tom Cruise, who played Dr Bill and Alice Hartford in the movie.

“Eyes Wide Shut” is hard to understand because it looks like a dream, and nothing is what it seems to be. The mysterious drama by Stanley Kubrick has an unbelievable feel because of the soft twinkle of Christmas tree lights in the background and the lively camera. The whole movie feels like “something you can’t look away from even if you want to, like in a nightmare when you’re partly aware of what’s happening and even that you’re dreaming and it’s not real, but you can’t break free,” as TheCinemaholic puts it. But there is a moment of reality that shakes Bill to his core.

After Bill and Alice get home from a Christmas party (where they both flirted with strangers), they have sex and smoke weed. In the late-night fog, Alice tells Bill that she once dreamed about leaving her family to run away with a handsome Naval Officer she saw on their Cape Cod vacation. Bill is confused by the idea that his submissive wife has her sexual urges and is not sexually passive. Bill is used to having all the power in their relationship, so when she tells him this, he feels confused and weak as he wanders through the city. 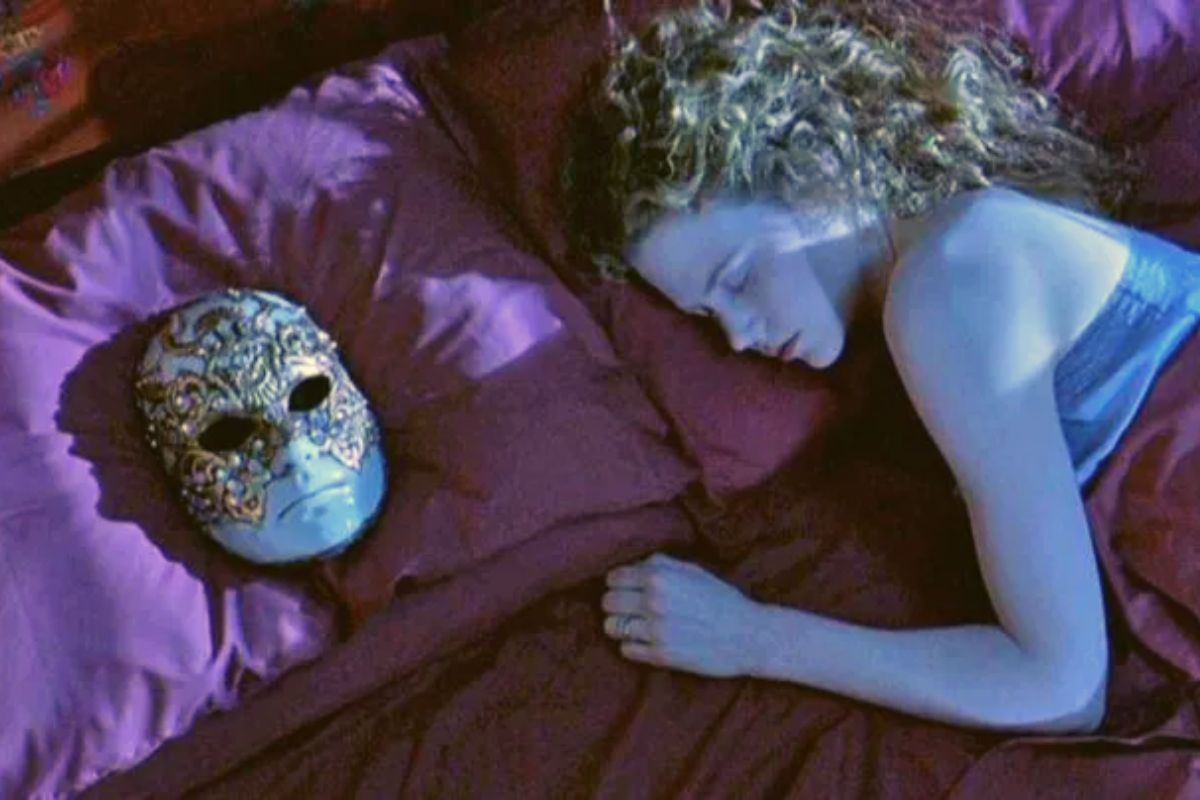 The Mask is a Symbol of What’s Hidden

In one of the last scenes, Bill sees the mask next to his sleeping wife on his pillow. The thing that hides the truth is right in front of him, which makes him cry and tell Alice about his journey. Who put it there, though? There are three popular ideas, and ScreenRant details a few of them. The first is that Alice found the mask and left it out to get someone to tell the truth. In keeping with the film’s dreamlike tone, the show could also signify that Bill’s affair will always haunt him. Or, the dangerous secret society might have put it there as a threat. What’s more important than who put it there is why it’s there: to show how Bill hides from reality. 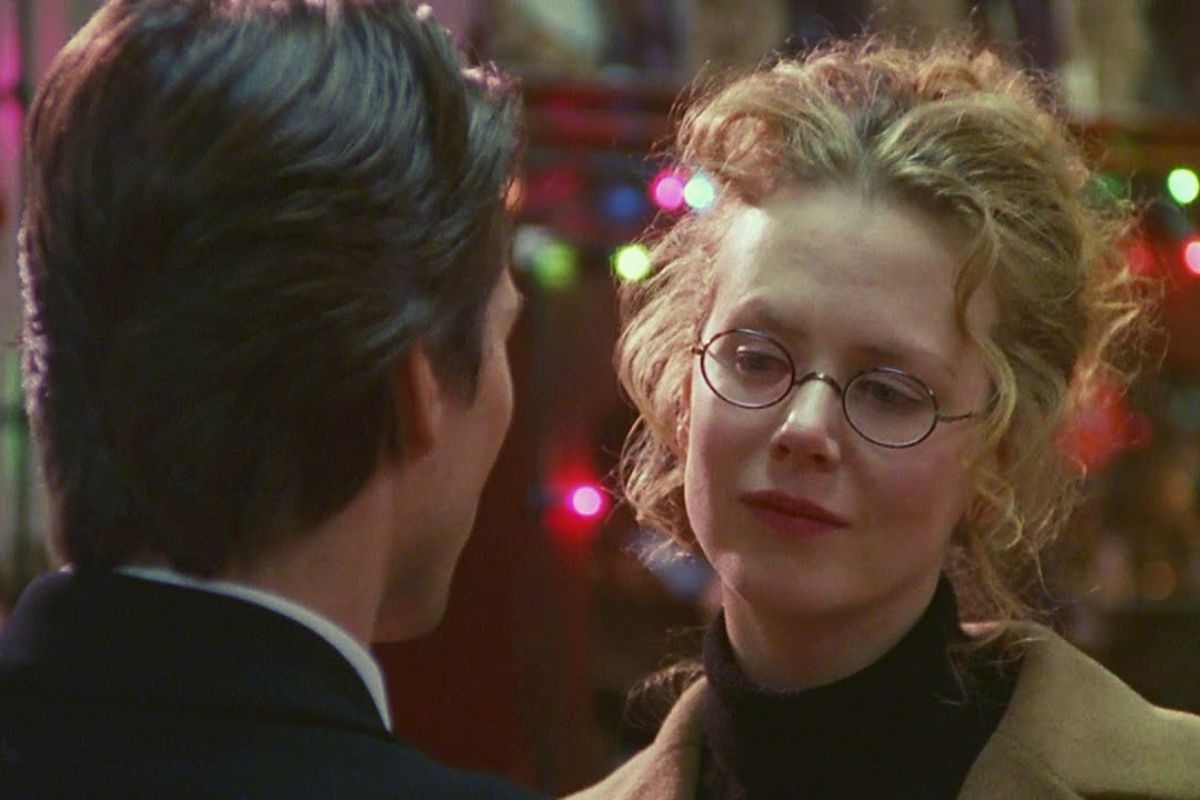 The Couple’s Commitment is Shown in the Last Scene

In the last scene of “Eyes Wide Shut,” Bill and Alice take their daughter shopping for Christmas toys, and Alice gives a serious monologue:

Bill and Alice both agree that they have woken up from their dreams of cheating just before turning their real life into a nightmare. They want to work hard on their marriage, so they never face such problems again. “Eyes Wide Shut” shows how terrible betrayal can be, even if it only happens in your head. Dreams and the subconscious are powerful and can change how we live when we’re awake.

The dreamy nature of the movie may be confusing. Still, it’s important to remember that “Eyes Wide Shut” is about a couple who purposely hid from the hard truths of their shaky relationship to get back together.