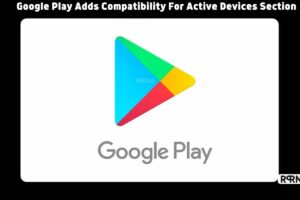 Your phone is listed first, followed by Wear OS watches, and then Android/Google TV. Although there is some overlap with App details, that section is clearly more generalist, and the new addition (i.e., “Works on your device”) is designed to be more basic and user-friendly. It underscores the fact that Google Play is now much more than just a marketplace for phones and tablets. The creation of wearable apps is on the rise, and Android Automotive usage will continue to rise in the next years.

As a result of updates like this, the phone app store has become an ideal, consolidated location to handle everything. So far, we’ve only seen this app Compatibility section on one device running Google Play Store version 30.6.16-21. It hasn’t been widely implemented yet. Compatibility information and other pertinent data may be found by scrolling down to the bottom of the “About this app” section. Users can check if their existing connected gadgets, such as a smartwatch or a Chromecast, are compatible with a specific app, as seen in the screenshots.

The new compatibility section lists your smartphone first, followed by subsections like Compatibility, Version, and Required OS. Smartwatches and streaming gadgets, on the other hand, have a separate “Download size” column. Although it is hidden within the App details section, the addition of detailed compatibility information to the Play Store is a great addition. This new feature makes it simple to see if an app is compatible with a wearable or a streaming device.

#AAPIHM is a beautiful reminder that Asian Americans & Pacific Islanders have contributed to the world. Andrew Ng, co-founder of @coursera, has dedicated himself to accessible learning. Hear his insights about founding a startup & being an entrepreneur. https://t.co/iF1SO0S5WM pic.twitter.com/fyPqsnDsk2

The “Compatibility for your active devices” section will, of course, only display devices that are linked to your Google account. It won’t tell you about paired devices that haven’t been used in over a month. It’s also worth noting that the “Required OS” part was formerly called “Android OS,” but that was changed last month.

Google recently made several adjustments to the Play Store’s desktop and online versions. Users may now switch between games or apps on their phones, tablets, TVs, and Chromebooks with ease. The Material You design philosophy is also present in the new Play Store. Material You made its debut at Google I/O 2021 and quickly rose to prominence with Android 12 last fall.

Who Is Kid Laroi Dating? Is He In A Relationship With Katarina Deme

Is Natalia Dyer And Charlie Heaton Dating: Are They Still Together In 2022?